I wanted to share my Noom Before and After story. This Noom review is a follow-up to my longer Noom Review published in 2019 and why I believe Noom is the best diet plan for this year.

FYI, I am being compensated for this post and this post contains affiliate links to the Noom program. That means that I will be compensated if you make a purchase after clicking my links.

With New Year’s resolutions top of mind, now is a great time to tell you about my Noom experience and my re-commitment to Noom this year. This from someone who never thought she would stop using Weight Watchers or WW. 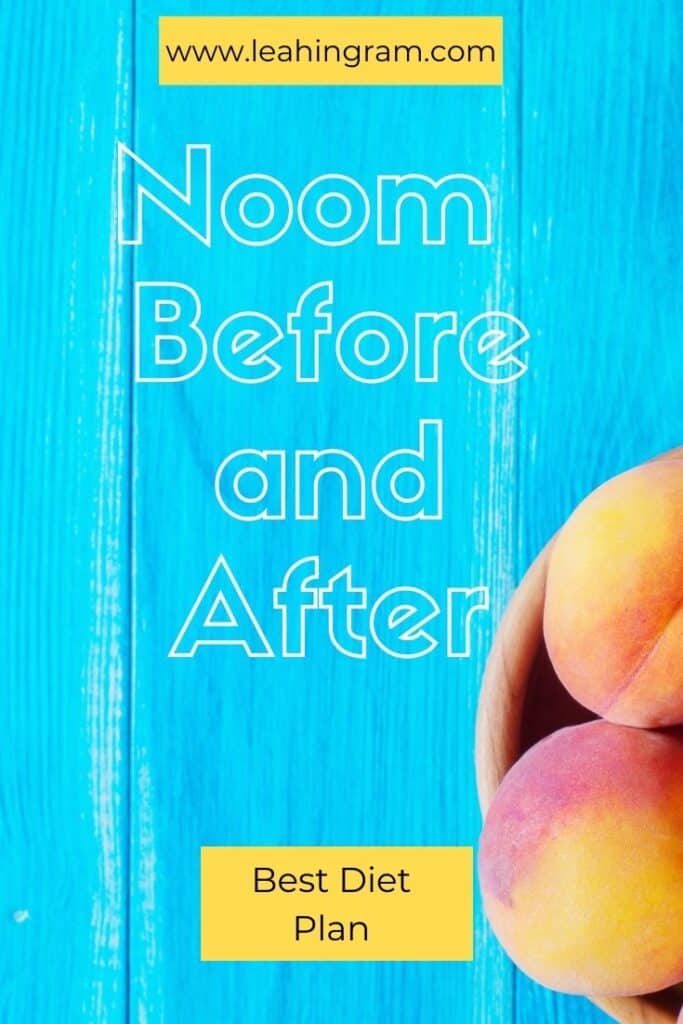 I first heard about Noom in February 2019. That was when my millennial daughter Jane signed up for Noom. After leaving a job she hated and starting a new life with graduate school, she wanted to start a new healthy life via Noom.

As far as Jane’s Noom before and after, she’s lost close to 60 pounds in 10 months. Wow! She looks like an entirely new person.

Why I signed up for Noom

After seeing her success, I wanted to give Noom a try. Me, her Gen X mom who is approaching menopause. And, like I said, a lifelong WW user.

Originally, I thought Noom was just for the younger generation. However, Noom has been awesome for me, too.

In about six months of using the program, I’ve lost between 15 and 18 pounds. Why did I provide a range? Because one of the things that Noom explains is how it is completely normal for weight loss to be weight ups and weight downs.

Therefore, I wanted to tell my own Noom before and after story.

My Noom Before and After

Just so you can see the difference the Noom diet plan has made for me, here are two Noom before and after pictures. When I first saw the picture of me on the left, I hated how I looked. This was shortly before I signed up for Noom.

The photo on the right was taken about six months later. Like I said, I haven’t lost that much weight all together. But thanks to riding my Peloton bike daily and just better overall eating, I can really see a difference in how I look.

I just published a new post on Peloton and Food: what to eat before and after you exercise.

But my Noom before and after is about more than just how I look.

What are Noom psych tricks? Well, I call them Noom-ism and they have helped me to acquire new tools towards healthier eating. These will help me to continue to maintain my weight loss in the new year.

One of the ways that Noom is different than WW or other weight loss programs is its approach to psychology. That is the reason behind the why you eat. That’s the Noom psych tricks.

In addition, these psych tricks have also helped me understand that weight loss is not linear. Yes, the ultimate goal is to have your weight go down.

But, like I said earlier, sometimes you go up as you’re going down. I’ve learned that as long as you keep trending in the right direction, that’s what counts.

No snarky comments after weighing in

One of the things that I used to hate with the WW app was its “reaction” when I weighed in. That is, it “commented” about weight loss and weight gain.

Like I didn’t know my weight went up. Thanks, Captain Obvious.

Noom? Well, Noom keeps its “opinions” to itself.

It’s ok to weigh yourself daily

Speaking of weighing in, Noom has you doing this daily. It takes the sting out of stepping on the scale. Soon enough it becomes part of your morning routine, and, frankly, it’s not big deal.

Also, as a fiftysomething woman staring down menopause, I never thought I would be able to lose weight. But Noom has proven that “thought distortion” (another Noom-ism) to be 100% wrong.

Not losing weight on Noom?

When I first tried Noom in 2019, for awhile I found that I was not losing weight on Noom. That was frustrating, to be sure. But then I discovered that I’d set my weight loss on Noom to too “fast.”

When you start Noom you can decide how fast (or slowly) you want to lose weight. With a slider you go with the jaguar and then the “hare” or jack rabbit fast weight loss. Or, you go with the turtle, for a more slow and steady wins the race approach.

Of course, if you choose the hare, you can expect a lower daily calorie count. Which could help you lose weight faster or not lose weight. Why the not? Because maybe it simply is too few calories for you to be eating each day. In other words your Noom calories are too low. And therefore you end up self sabotaging.

I found that once I went with the turtle way, I was much happier, less hungry and started losing weight again. So if you’re not losing weight with Noom, consider changing the speed with which you hope to lose weight.

What does Noom cost

These are the Noom costs:

Currently, you can sign up for Noom if you live in one of the following countries:

So if one of your New Year’s Resolutions is to embrace better health like I am, I can wholeheartedly recommend Noom. My approach to eating and weight has taken a 180 for the better, thanks to Noom. That’s why I believe that Noom is the best diet plan for this year.

And, again, even in the years before menopause, Noom has helped me to lose weight and keep it off. I believe my Noom before and after story is proof enough that signing up for Noom in 2020 would be a good investment in yourself.

By the way, I’m in the United States but you can sign up for Noom if you live in the U.K. So great to know that our friends across the pond can benefit from Noom, too.

Why not get started with a with Noom today.