Why had we flown from Pittsburgh to JFK in late February 2020? One, we were on one of our regular trips to see my mother in law. At that time she was living at an assisted living facility on Manhattan’s West Side.

And, two, I’d booked a ride at the Peloton studios to celebrate ride 950. This would have been my fifth trip to ride live with my favorite Peloton instructors at their studios in the Chelsea neighborhood of Manhattan. 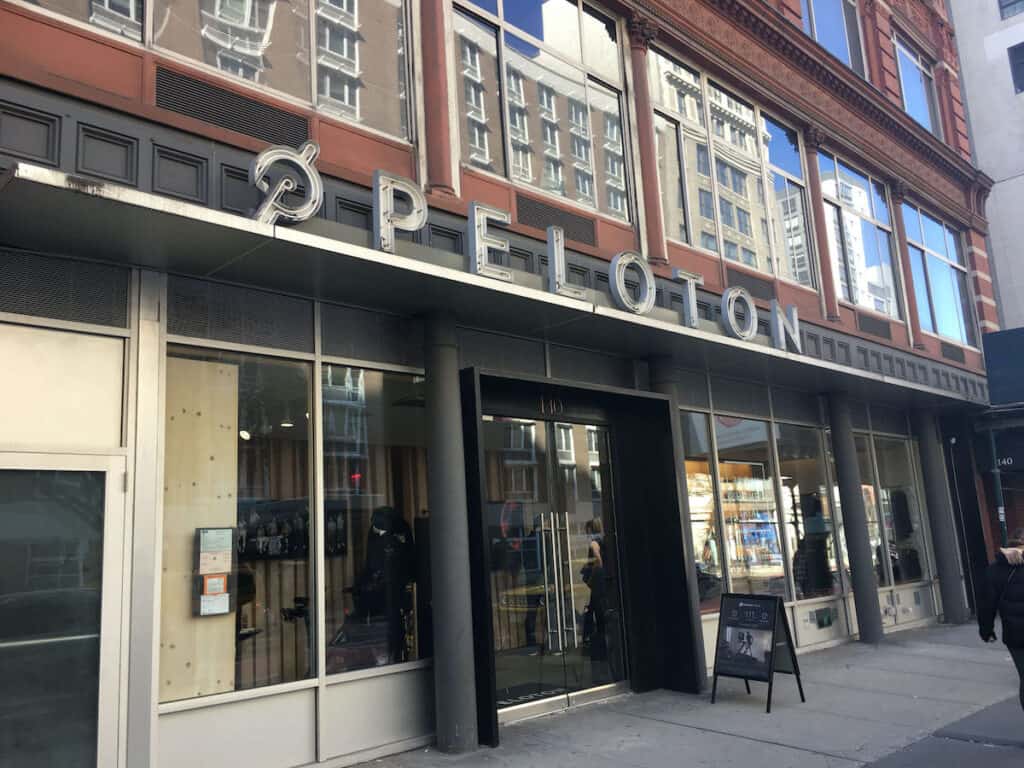 Did I get COVID on the airplane

Normally, my husband and I would drive from our home in Western Pennsylvania to New York City to see his mom. But this time we decided to treat ourselves to a flight, thus saving us hours on the road. Also, after our long weekend trip to New York City, I was flying back to Pittsburgh, and he was flying on to Florida to meet with donors (he’s a college president). 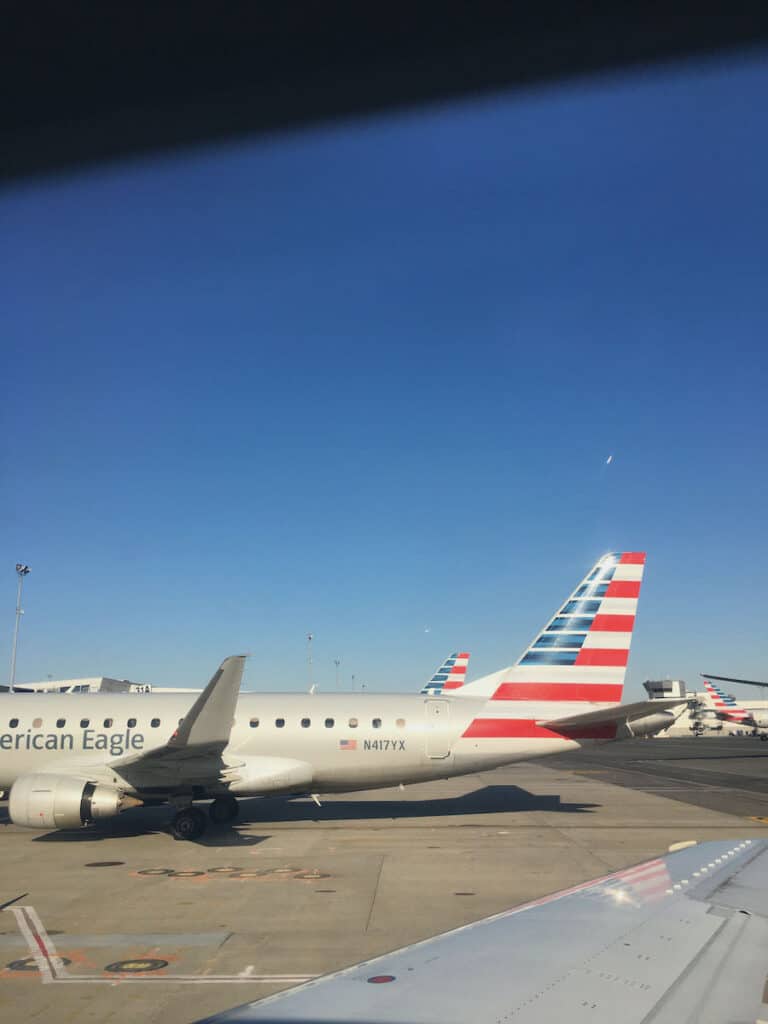 Even before COVID I was a germaphobe. So you can imagine my state of mind when, on the short flight from Pittsburgh to New York, the woman behind me was coughing the entire time. I recall turning the air vent above my head on full blast, even though I was freezing. I hoped the air would blow away whatever germs she was coughing in my direction. 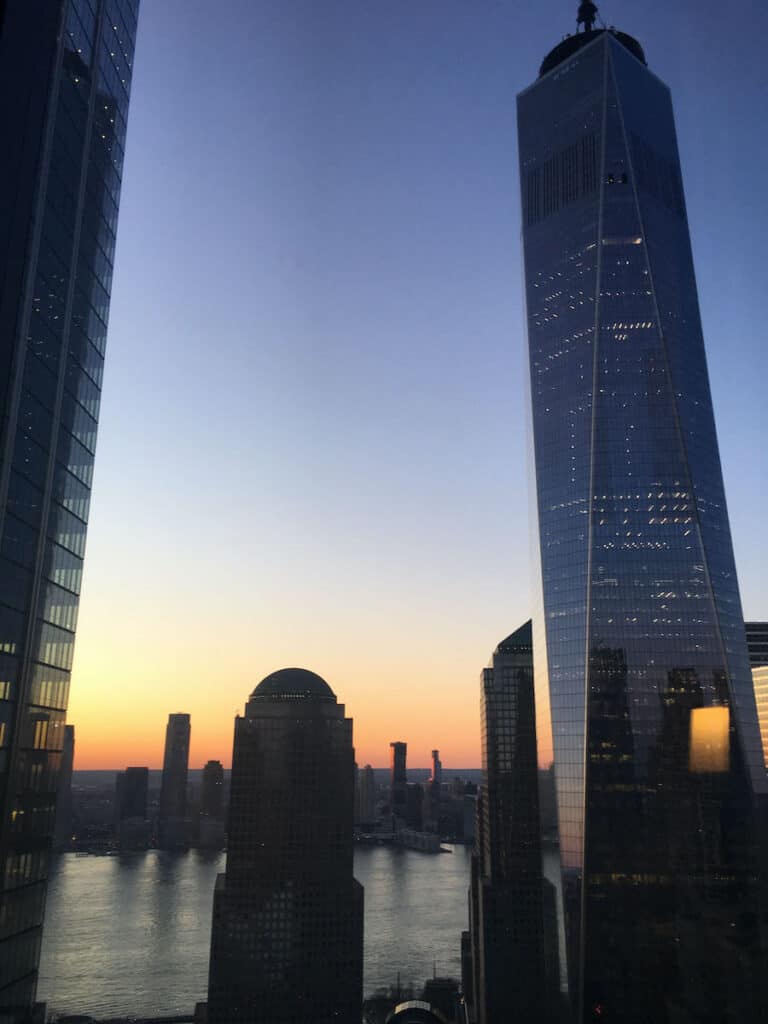 First a sore throat, then a cough

A few days later, I woke up with a sore throat and no appetite. Then I had a cough.

And because I have asthma, I know that as soon as an infection goes into my chest, I need a steroid. So I went to the doctor, where she prescribed a steroid and cough medicine.

Two days later, I went back to see her because I wasn’t getting any better. She prescribed a Z-Pack, in case I’d developed a sinus infection.

Next my sense of smell and taste vanished

Later in the week I started complaining that all of our food was bad. That’s because nothing tasted right. Then, about a week after I first started feeling sick, we had to drive back to New York because an aunt had died.

Along the Pennsylvania Turnpike, my husband and daughter started complaining about the odor of the freshly manured fields on either side of the highway. I smelled nothing.

In addition to no sense of taste or smell, I started experiencing tremendous rib pain. Sure, I was coughing but not enough to pull any muscles.

Nonetheless, my ribs hurt so much that I couldn’t wear underwire bras. Even some sports bras felt too tight around my midsection. That rib pain ended up lasting for months.

Where my Peloton came in for my recovery from COVID

Output, in case you’re not familiar with a Peloton, is a combination of your speed and the resistance on a bike. The stronger you get, the higher the output you’re able to achieve when you ride. So I had a pretty good metric about where my fitness level was.

Here is my article about power zone training.

I remember trying to get back on my Peloton about two weeks after I first started feeling sick. After five minutes I was so light headed I thought I was going to pass out. However, by pedaling fast, I ended up breathing deeply and that somehow helped with my rib pain. I’m not sure why or how but it did.

So even though I couldn’t do a power zone class, per se on my Peloton, I started doing “Just rides” on the bike for five or 10 minutes. This deep breathing really helped me start to feel better.

Deep breathing on my bike helped

Interestingly, an article in the New York Times, How to Improve Heart Health After Covid by Knvul Sheikh, mentions doing deep breathing exercises as part of your therapy. I recall telling anyone who was interested that I used my Peloton as my respiratory therapy, even though no one told me I should be doing that. I discovered it made me feel better, so I kept at it.

Finally, in June–some four months after I’m sure I had COVID–I was able to ride my Peloton bike and get my output up to where it was before I got sick. 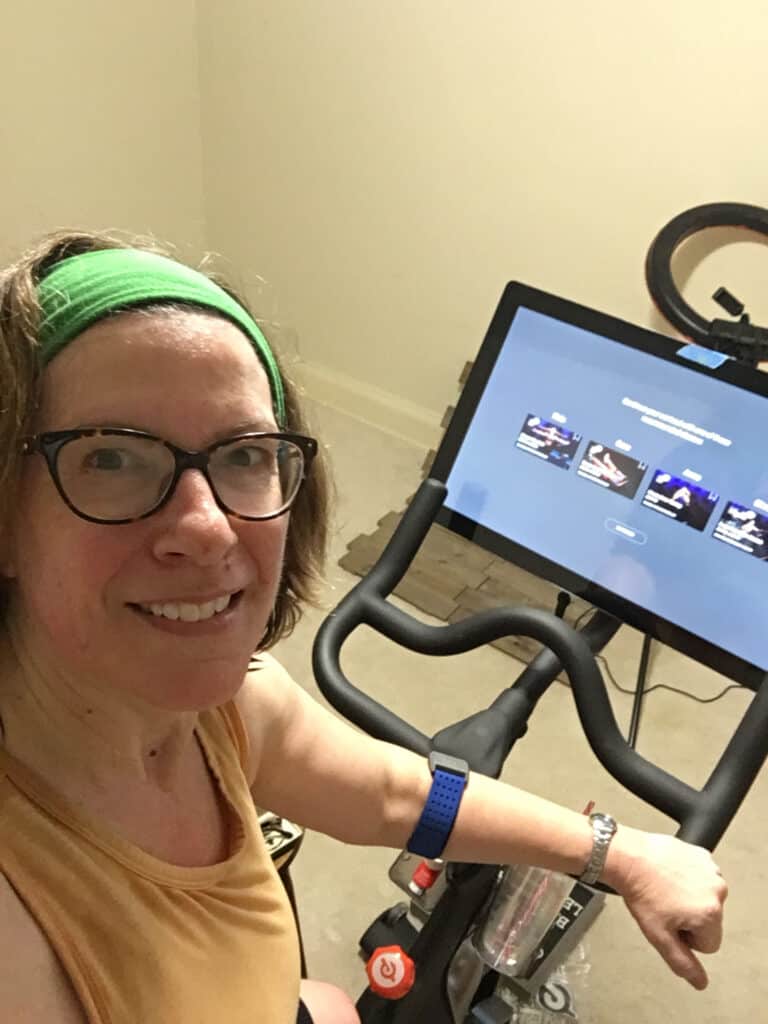 I’d like to believe that having this Peloton in my home helped me recover and reduced my risk for cardiovascular disease and heart problems. That same New York Times article says that if you’ve had COVID, that risk of stroke or heart attack or something else catastrophic wanes after one year.

Or, on the flip side, here’s what the article says:

“Covid survivors had a “substantial” risk of developing cardiovascular disease up to a year after their initial illness, even if their infections never landed them in the hospital.”

Moving on after COVID

I’ve now passed the two year anniversary of having COVID. It took about nine months for my rib pain to go away. I feel blessed that nothing else terrible happened to me because of COVID. Although, sadly, that trip to see my mother in law was our last. She caught COVID and died in April 2020.

Oh and that ride at Peloton that we’d traveled to New York so I could celebrate my 950th ride? Well, it ended up getting canceled because Matt Wilpers was injured.

While I was disappointed, I’m also thankful that it was canceled. Because chances are I was shedding COVID virus at that time. That means I could have potentially gotten an entire studio of riders sick.

So, I see it as a blessing in disguise that I didn’t get to ride that weekend. I do hope to get back to in-person riding once the Peloton studios open up again, if they ever do.

Here’s my article about riding live in New York City.