After having my handheld massager for almost six months, I figured it was time to write this Hypervolt Go review. See, I’d received this Hypervolt by Hyperice Go device as a gift for my birthday in December. And I’ve been using it daily ever since.

As someone who uses her Peloton often, I’m always dealing with sore muscles. Then, I noticed that lots of Peloton instructors were promoting Therabody brand percussive massage tools. So, I asked my husband for one of these devices, and boy did he deliver.

Now, let me explain how the Hypervolt GO works.

How to turn on the Hypervolt GO

To turn on the Hypervolt GO, you need to depress the button on the front. Hold it down until the green light around the base turns on.

Then, to start the massaging head, press the button. You keep pressing the button to make the massager go faster.

There are three speeds, so one push of the button after the green light appears is the slowest speed. One more push and you’re at medium speed. Another push and you have the highest speed. Push one more time, and the head stops moving. So, overall, there are three massaging speeds.

However, you’ll notice that the green light on the base stays on, if when the massage head stops moving. If you don’t touch the button again, it should turn itself off within a minute.

I mention the green light at the base of the Hypervolt GO. You’ll know that the massage tool is fully charged when that light is bright green.

However, as the handheld massager starts to lose power, the green light becomes more yellow. Also, you may notice that the speeds are slowing down, and the massage results aren’t as good. This is a clear sign that you need to charge your Hypervolt GO. The massager, when fully charged, should last for 2.5 hours of massaging. 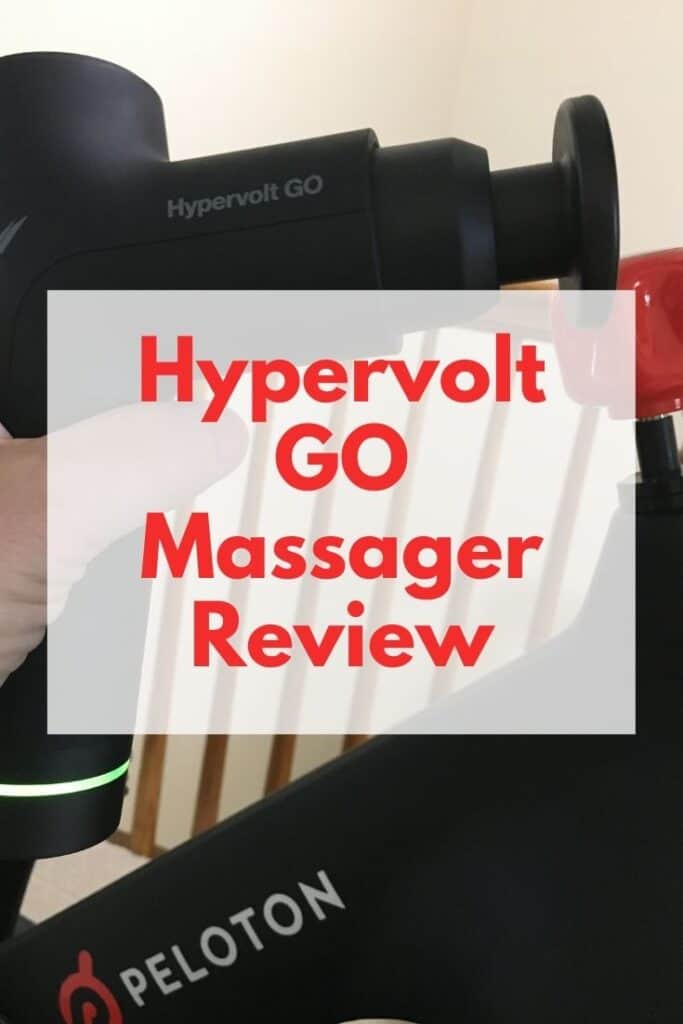 So far I’ve only been able to use the Hypervolt on my lower back and my lower body. I spend a lot of time massaging my hips, glutes, hamstrings and quads. Sometimes I’ll massage my lower back, too, in conjunction with my glutes.

However, I cannot use it on my shoulders, upper back or anywhere else where my skin is thinner. Or, I guess I’m lucky not to have a lot of fat. Because even at the lowest speed, the Hypervolt GO is too tough on those other areas.

Benefits of the Hypervolt GO massager

If you have tight muscles like I do, then this tool can be one of many that you use to help give you relief. So in addition to using the Hypervolt GO, be sure you also are stretching regularly and are using a foam roller. Here is my article about foam rolling.

More specifically, a massage tool like this allows you to do myofascial release of your muscles without seeing a masseuse.

Also, you get sore muscles when you don’t have sufficient blood flow to them. It’s one of the reasons that Peloton instructors suggest that you do warm up and cool down rides to avoid DOMS–delayed onset muscle soreness. Especially cool down rides can keep blood flowing where your body needs it. I cover this topic in my article about Peloton pain and discomfort, and how you can fix it.

Anyway, when you massage the muscles, you bring blood back to them. And that’s exactly what the Hypervolt GO does–increases blood flow to your muscles.

Warnings about the Hypervolt GO

Speaking of increased blood flow, let me add one caveat about that: you can do this too much.

Case in point: recently, in the shower I noticed that I had bruises on the backs and sides of my legs. I know that I bruise easily, and there are two reasons I usually get bruises on my legs. One, my dog Oscar jumps up to greet me, and his nails dig into my skin. Or, two, I bump into a piece of furniture when I’m not paying attention to where I was going.

However, I could not remember either thing happening lately. Also, these bruises didn’t hurt like when you bump into something.

Of course, because I’m a hypochondriac, I began Googling what could cause spontaneous bruising. And all sorts of scary diseases showed up.

But then I saw a result that answered the question, “Can a massage tool cause bruising?” And guess what? It can.

How to avoid bruising when using the Hypervolt percussive massager

I found this great article on the website for the Hospital for Special Surgery in New York City. It explained why massagers can cause bruising, and the best ways to use them without hurting yourself.

​​Bottom line: You should not keep the tool in one area for more than 10 seconds at a time. Keep the massager moving lightly over your skin, and don’t press it into the muscle.

The Hypervolt GO comes in a lovely box with different compartments. The tool itself is the size of a small hammer.

You get two attachments that provide the percussive massage. One looks like a Necco wafer or a round disk. This attachment moves smoothly over my skin as it massages my muscles.

The other attachment head is a cylinder with ridges on the side. They call it a bullet attachment.

When I tried out the bullet attachment, it felt like it was poking me the whole time. So I keep the disk-shaped massaging head on all the time. 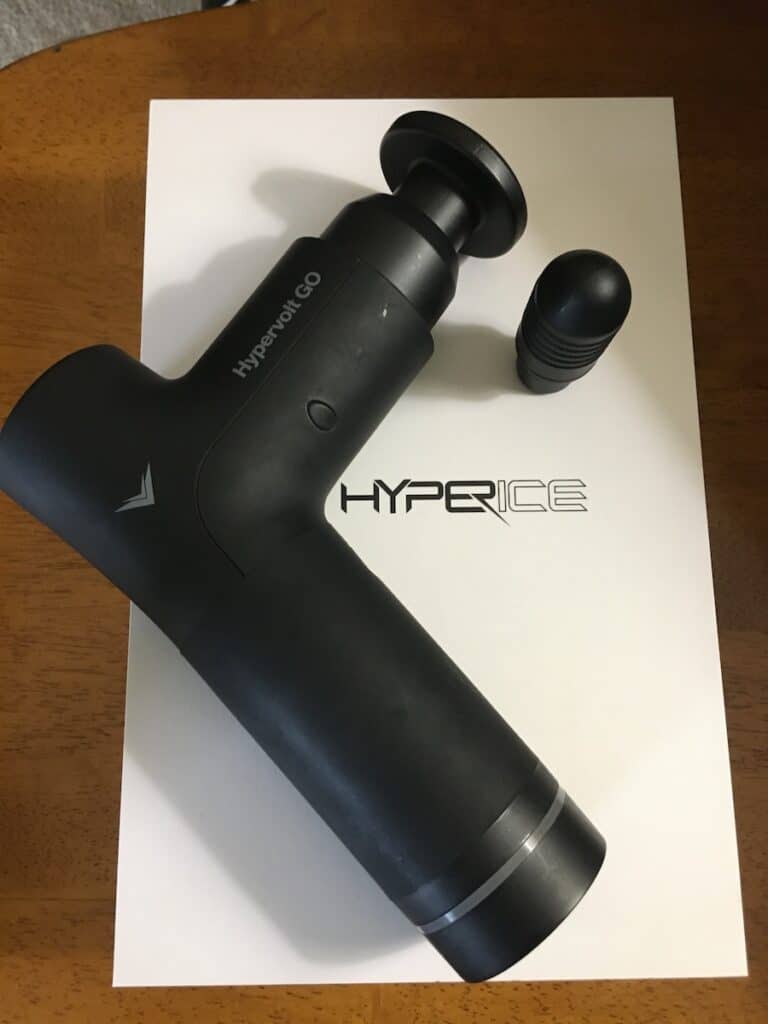 Finally, it came with four different charging plug adapters. That is, the original plug is designed to be used with North America plugs and sockets. But there are three others there, too, for use in other countries.

How the Hypervolt GO makes me feel

Every time I ride my Peloton, I’ll spend a few minutes afterwards using the Hypervolt. I’ll admit that I’m tempted to leave it in one place and really massage out the kinks, especially with my tight hammies. But as I learned from my bruisings above, that doesn’t do me any good.

Also, after you’ve used the Hypervolt GO, you will not feel all healed. In fact, you may be somewhat disappointed. But trust in the process.

Because hours later or even the next morning, you’ll really feel the difference. I’ve found that since I’ve started using this handheld massager after exercise, I no longer wake up sore the next morning.

Hyperice makes the Hypervolt GO as well as a Hypervolt 2 and Hypervolt 2 Pro. The biggest difference is in price.

As far as attachments, the Hypervolt GO has the fewest, with just two. The Hypervolt 2 and the Pro version both have five. 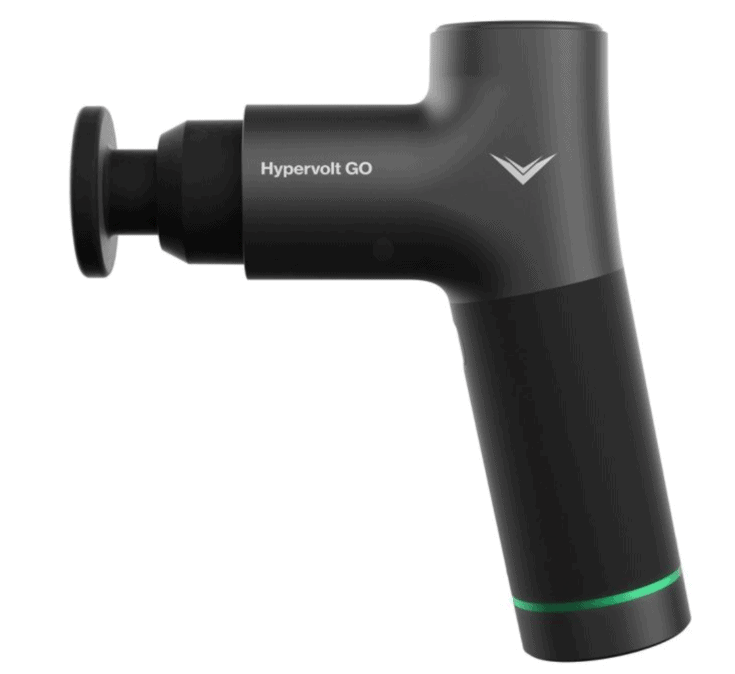 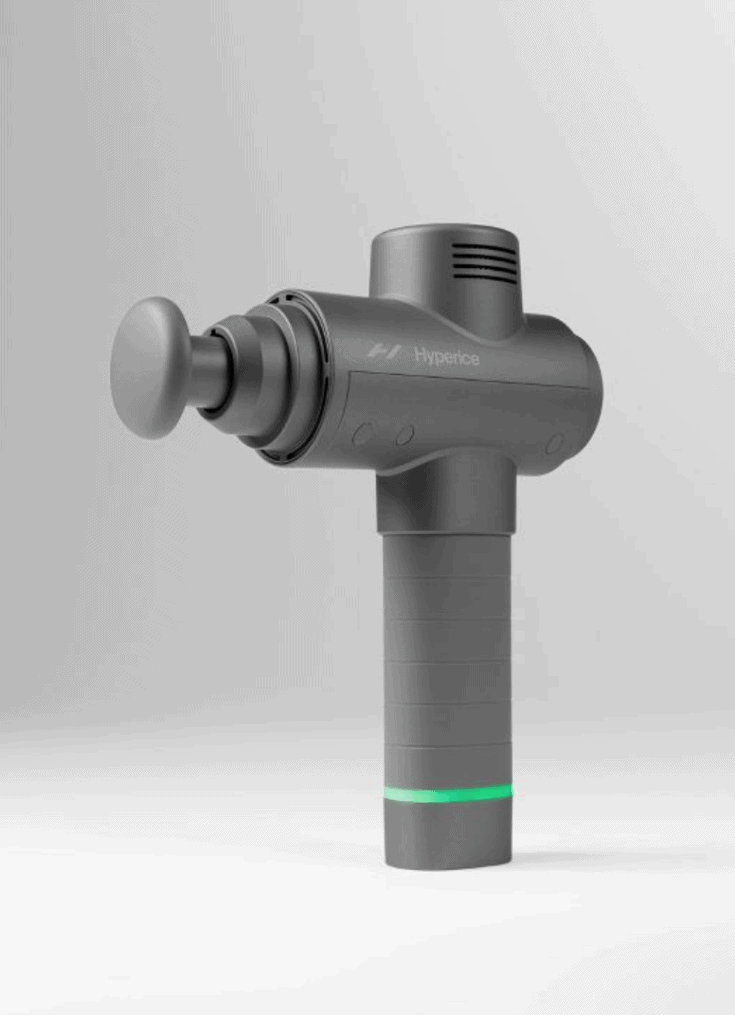 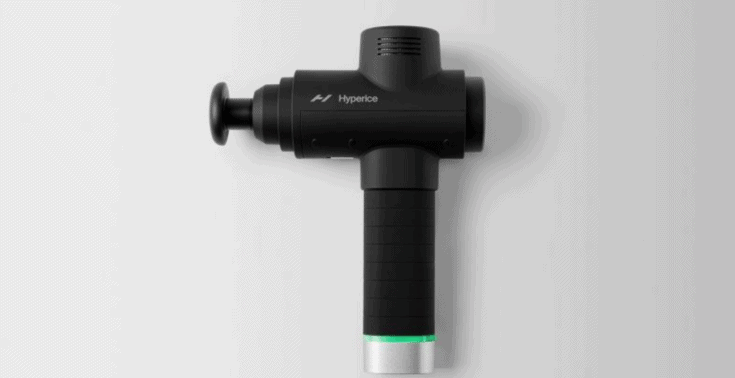 We’ve already established that my massage tool was $159. The mini massager from Therabody is $199.

In addition, you can get that mini massager in different colors. Mine comes in one–black.

The mini massager is much smaller than the Hypervolt GO–supposedly it can fit in your pocket. Finally, both massagers have three percussive speeds and two and a half hours of charging. 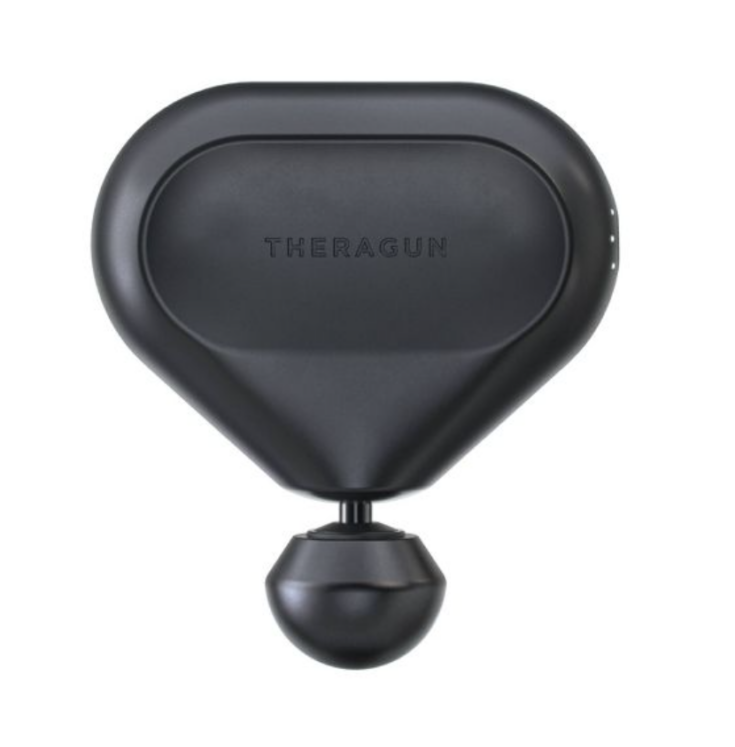 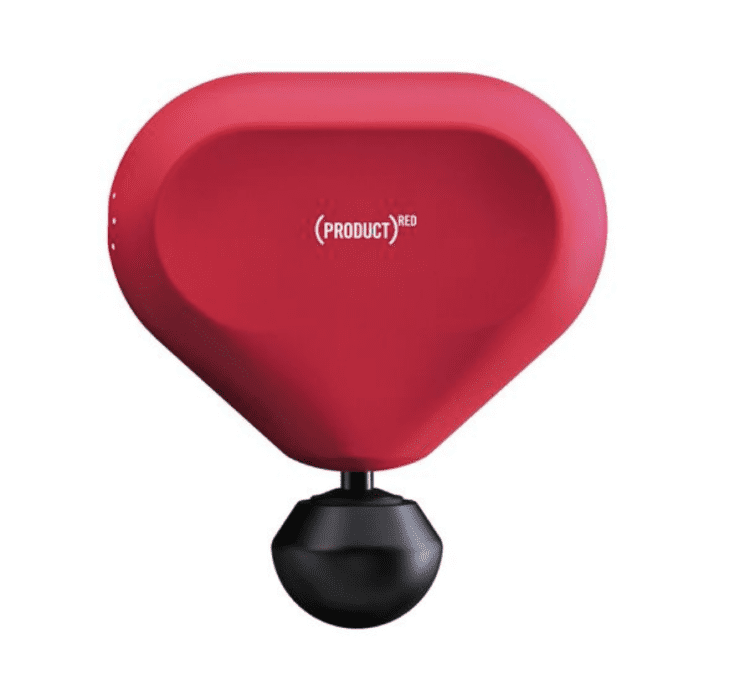 One thing I forgot to mention that Hyperice promotes with all its handheld, percussive massagers: they are all TSA approved. I guess because of their shape and colloquial name, they could get flagged in an airport security line.

Also, because it’s really quiet, you could actually use one in flight. Unlike handheld massagers of old, this one does not buzz or roar. In fact, it doesn’t even freak my dogs out when I sit on the couch and use it while watching TV.

Finally, if you want a case for your Hypervolt, you’re going to have to buy one separately. I found them listed on Amazon.

Overall, if you’re a regular exerciser like I am, I would definitely recommend investing in a percussive massage tool. And considering that the Hypervolt GO is the least expensive on the market, I’m confident you’ll be pleased with your purchase. It’s one of the reasons I recently updated my article on the must-have Peloton essential accessories and included a handheld massager–specifically the Hypervolt GO.