For years people have been asking for a Peloton pause button. I mean, on Fridays, when the company would post its “Feature Friday” poll in the Official Peloton Page on Facebook, inevitably someone would ask when the pause button was coming to Peloton.

Truth is, you’ve always been able to pause some Peloton classes. And I’m talking about before Peloton officially unveiled the ability to pause a class on the Peloton bike.

How you’ve always been able to pause a Peloton class

So, what’s this Peloton pause hack of which I speak? I’m talking about taking classes on the Peloton app, the Peloton website or on your Roku TV.

In all three of these instances, you’ve always had the ability to pause whatever Peloton class you’re taking. That’s because all of the classes broadcast on these platforms had a “start” button–the sideways triangle–that you would click to start class. Click it again and the class pauses.

Or, if you’re using your laptop to broadcast a class on the Peloton website, just hit the spacebar. That will pause the class. Taking a class on your Roku TV? The pause button on the remote works perfectly to stop a class.

Peloton pause button on the bike

So, the big news with the Peloton pause button is when the company brought this function to the original Bike and the Bike Plus. This happened in November 2021.

At his funeral, which I watched on Zoom, people mentioned how sad it was that Howie died just days before Peloton released the pause button. He would have been thrilled.

Even instructor Jenn Sherman alluded to this in her tribute ride to him. If you’re interested in taking that ride, it is the 30 minute Tribute Ride from 11/30/21 at 9:30 a.m. Eastern. 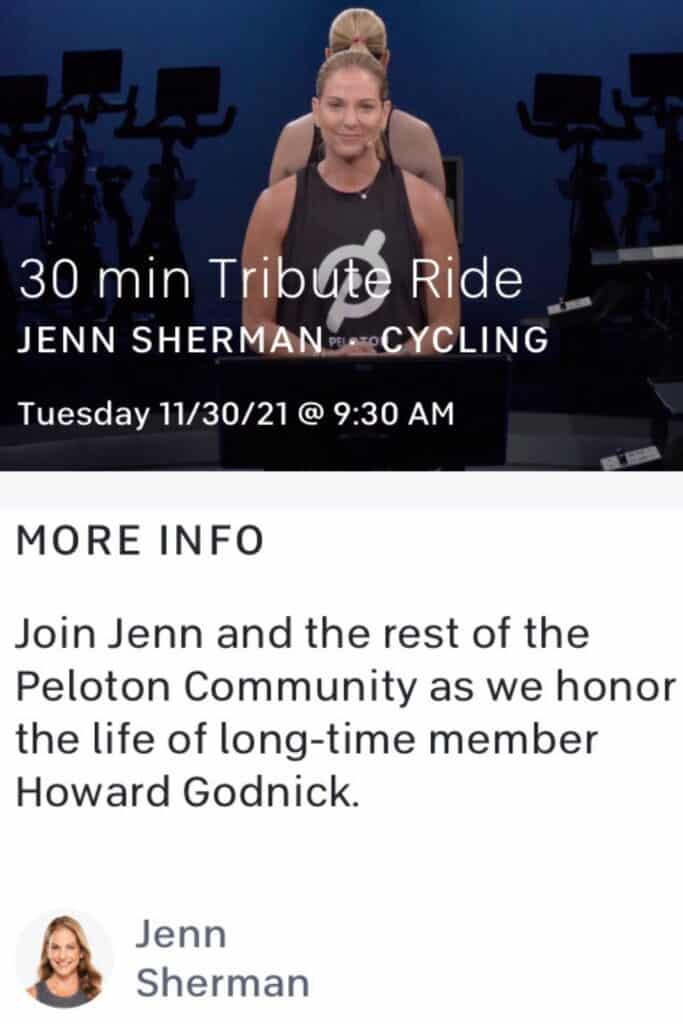 How to pause Peloton class

Here’s how you get it to work.

One, you have to be in an On Demand class. Pausing doesn’t work for live or encore classes.

Two, when you need to pause, hold a finger in the center of the bike tablet. Keep it there until a semi transparent white circle appears with the sideways equal sign. That’s the pause button.

Three, remove your finger from the screen.

What the pause button looks like on your screen

Below I’ve included a picture I took when I paused a class. You can see what the button looks like on the screen.

You’ll notice there’s a “warning” about pausing a class. That is, you only have 60 minutes to do that. After that time, the button stops working.

Now, the truth is I’ve never let 60 minute expire. Usually, I’ll just pause a class because I have to pee or maybe the doorbell rang. 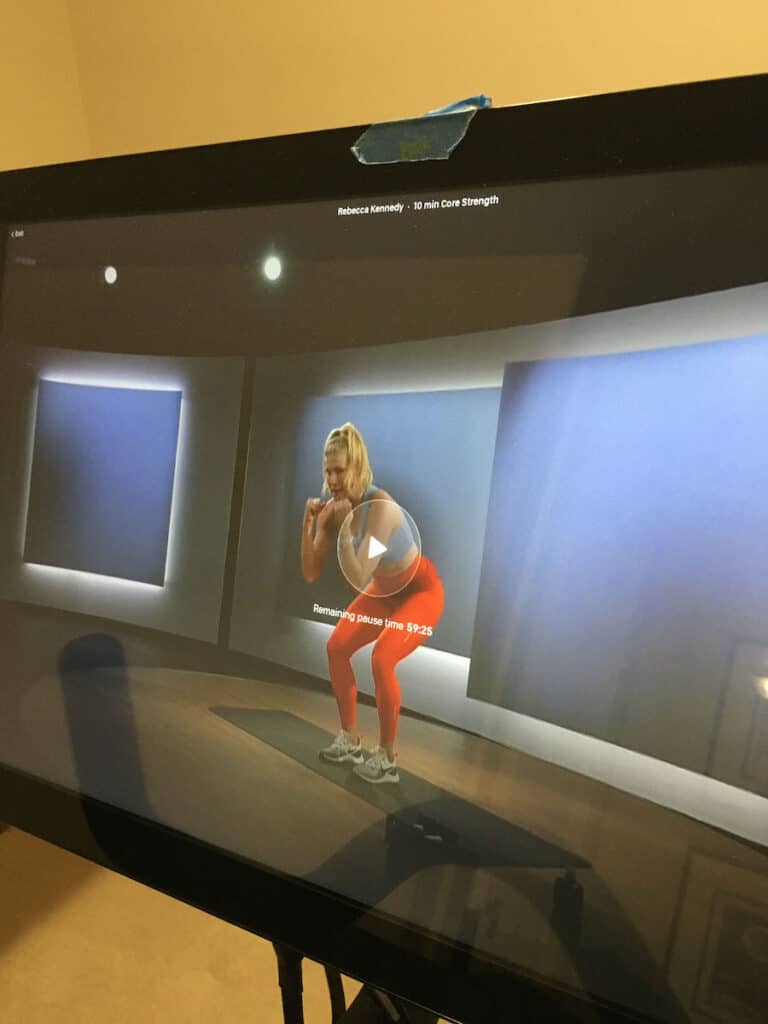 According to Peloton, this is what would happen if I left the class for longer than 60 minutes:

“You can pause your workout as many times as you would like for up to 60 minutes. Once you have passed 60 minutes, the pause button will fade and the class will resume.”

Where it the Peloton Tread pause button

Just like the bike, the button is actually “hidden” in the screen. Again, you’ll need to hold a finger in the center of the Tread tablet screen and keep it there until the sideways equal sign for the pause button appears.

With the Tread pausing works slightly differently. That is, according to Peloton, “Tread Lock will kick-in after 45 seconds of inactivity and the Tread belt speed is 0.”

Problems with the Peloton pause button

Just because there is now the Peloton pause button on the bike, that doesn’t mean it works perfectly. In fact, I’ve heard lots of people complain about different problems they’ve had with the pause button.

One, many folks simply don’t follow the instructions. That is, they try to pause a live class. You cannot pause a live Peloton class. Not on the app, not on the Bike, not anywhere. It is only available with On Demand or previously recorded classes.

Two, sometimes people can’t get the pause button to work as it should.

Peloton pause button not showing up

For example, I’ve found that with older, recorded Peloton classes, the pause button doesn’t alway work. So, I’ll hold my finger on the bike screen to get the pause button to show up, but nothing happens.

In addition, sometimes you can’t get the pause button to show up when your bike is acting wonky. For instance, you might start a class and notice that you have no metrics. No resistance, no cadence, no nothing. In these instances the pause button won’t show up either.

You best bet? Exit the class, check to see if there is a software update and, if so, do the update. If there isn’t an update, shut down your bike and then turn it back on. Hopefully, that will fix the problem.

This article on troubleshooting on Peloton can help.

Leaderboard is different after pausing a class

If you pause a class, you’ll lose your metrics on the leaderboard. So, if you’re riding for a PR (personal record), the pause will wipe that out.

However, depending on how long you pause a class for, you may have to work really hard to catch up to where you were in order to PR.

How to pause a class on the Peloton app

Even though it’s a big deal that you can pause a Tread of bike class now, here’s something you may not realize. You’ve always been able to pause a class on the Peloton app.

If you need to pause a class, do it. Peloton also says that pausing a class will not impact streaks, challenges, badges, etc. In addition, if you’ve stacked your classes, you can pause a class and it won’t affect your stack.