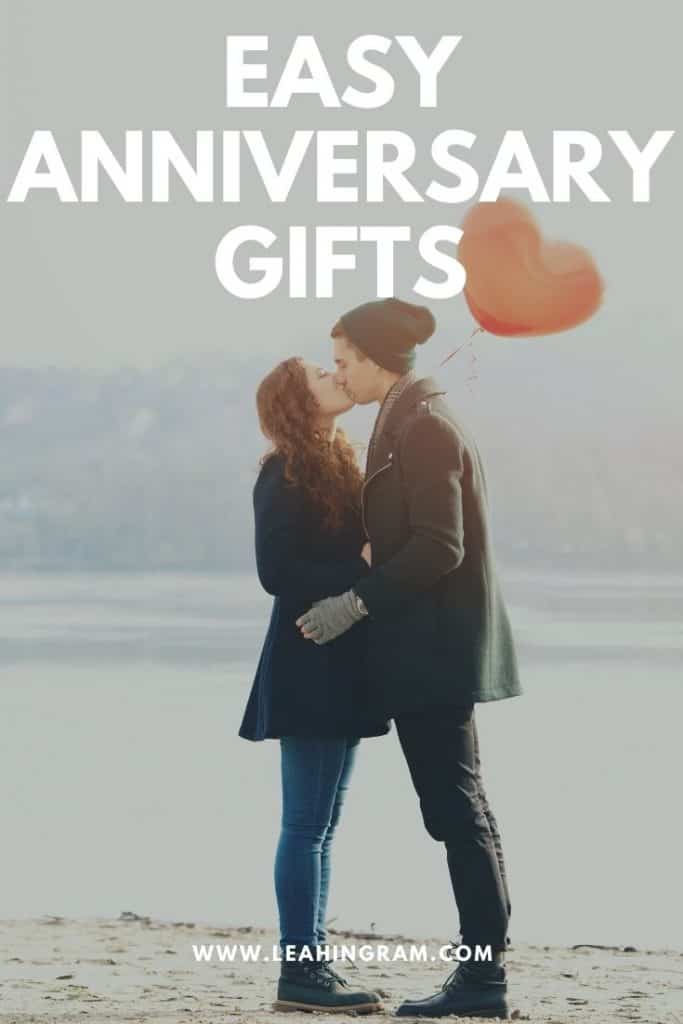 I’ve been married for 28 years, and I know when my wedding anniversary is. But, every November the date sneaks up on me. Guaranteed.

As a result, where does that leave me? Looking for last minute anniversary presents for him–the him being my husband, Bill. Oh and please make them simple gifts to buy.

Therefore, I am freaking out about last minute anniversary gifts. At the same time, what else is in my way? Well, what gift to give. I don’t know about you but I never got around to memorizing the gift themes by anniversary year.

Sure, everyone knows that a 25th anniversary is a silver anniversary. Therefore, you should buy a gift with a silver theme.

Here are some quick silver anniversary gift ideas to get you started. I found them all on Etsy. Etsy is a great place to shop for creative, thoughtful unique gifts for nearly any occasion. 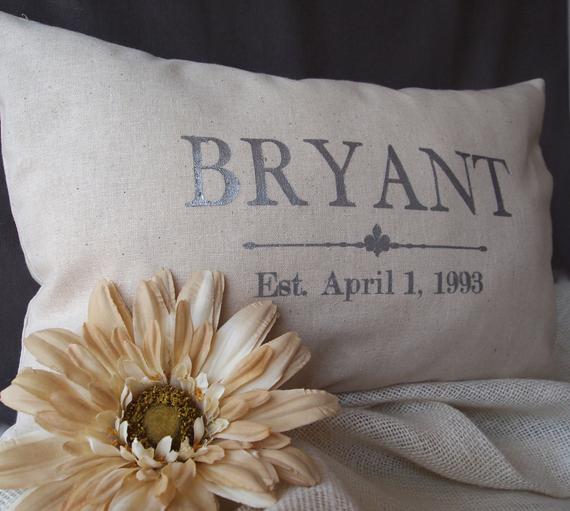 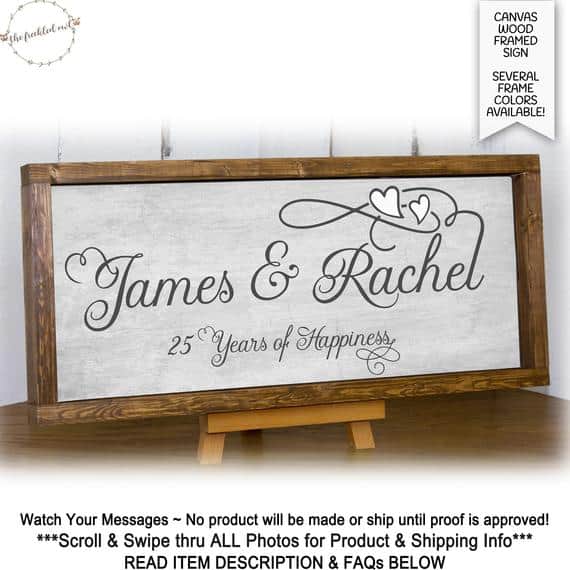 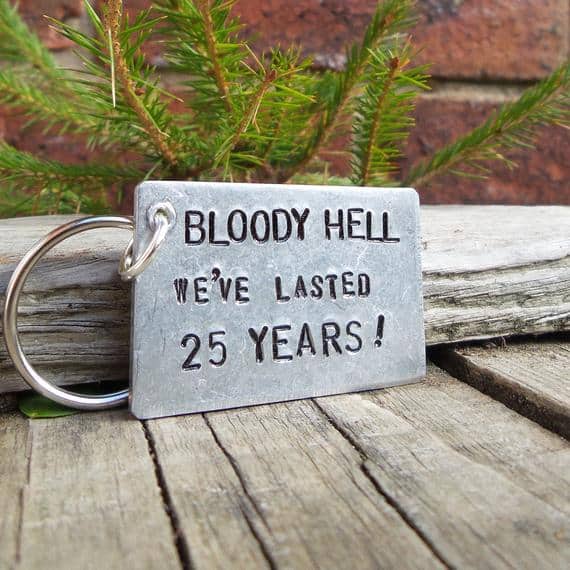 At the same time, it’s common knowledge that a 50th wedding anniversary is the golden anniversary. Therefore, something gold would be an appropriate present to give for 50 years of marriage. Here are some anniversary gift ideas for your consideration. 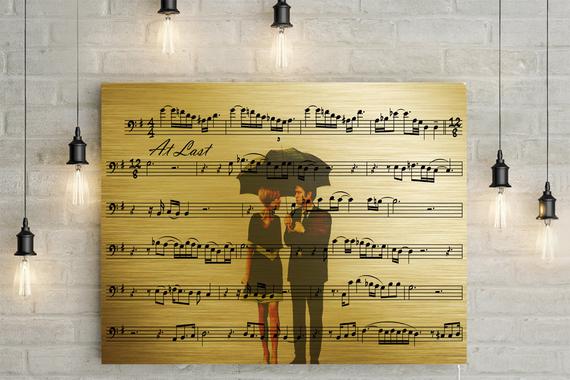 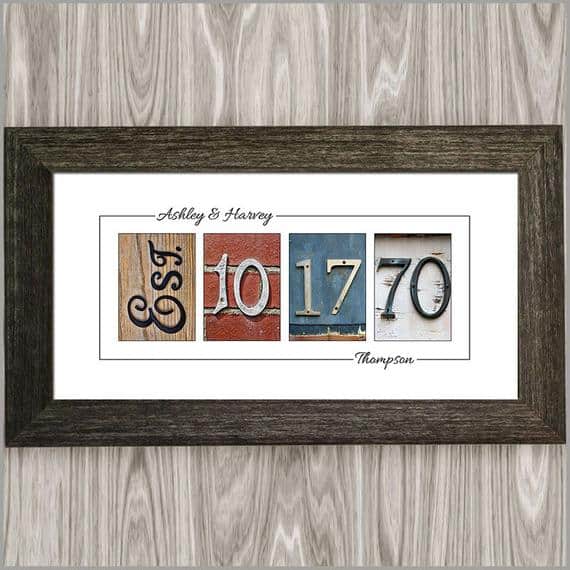 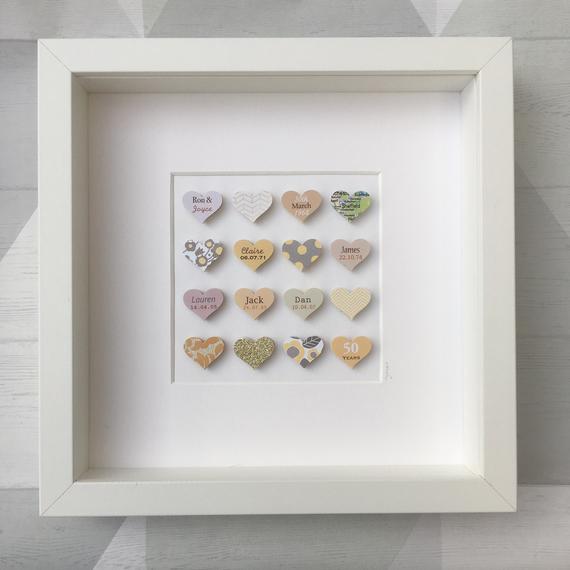 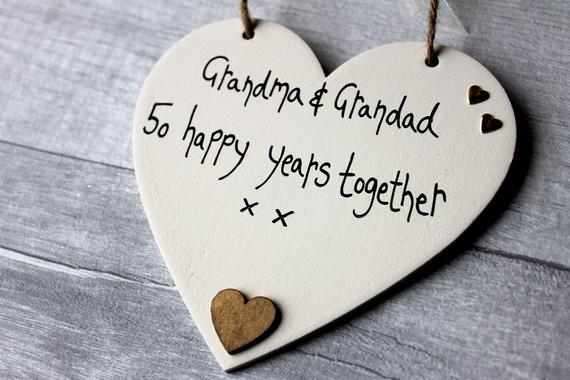 What do you buy for that?

For instance, are there any no-brainer gifts to consider for 28 years of marriage?

My whole reason for writing this blog is this: I want to help readers be smart shoppers and sophisticated consumers. Because a big part of that intelligence is looking for convenience. Therefore, it’s about getting the most value for your time and money.

This post on ideas for easy anniversary gifts is no different. I want to make your life easier. Above all, I want to help you come up with great ideas, even if you’re buying last minute.

FYI, according to Time Magazine, the traditional of giving anniversary gifts with themes can be traced back to Ancient Rome. Wow!

Certainly, the end result of this post is a bit selfish, too. Like you I never want to be in a jam for an anniversary present. I know anniversaries are a popular topic.

In case you, too, are celebrating a 28 year wedding anniversary this year, too, here are some present ideas I found. Where else? On Etsy, of course. I’m telling you–it’s my favorite place to shop for unique ideas!

FYI, the modern and traditional gift theme is linen. Also, Etsy has a whole section of linen gifts for men. 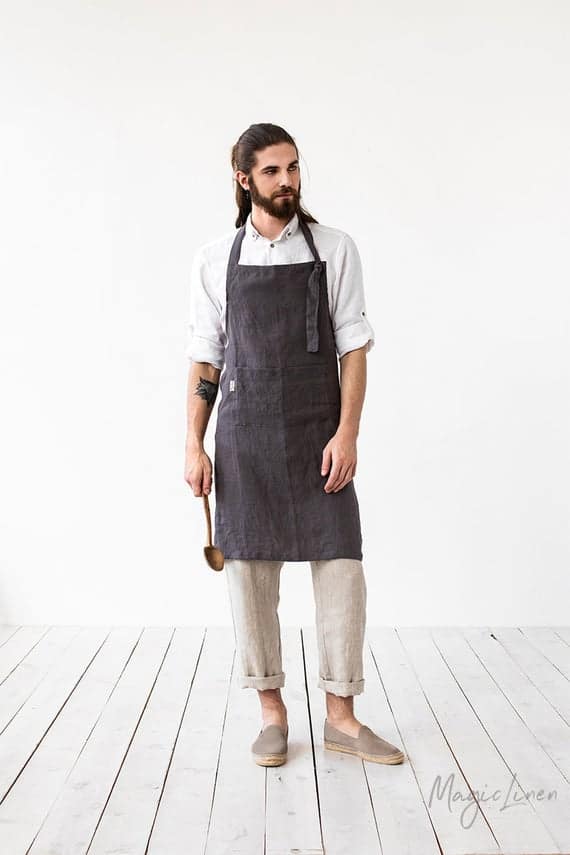 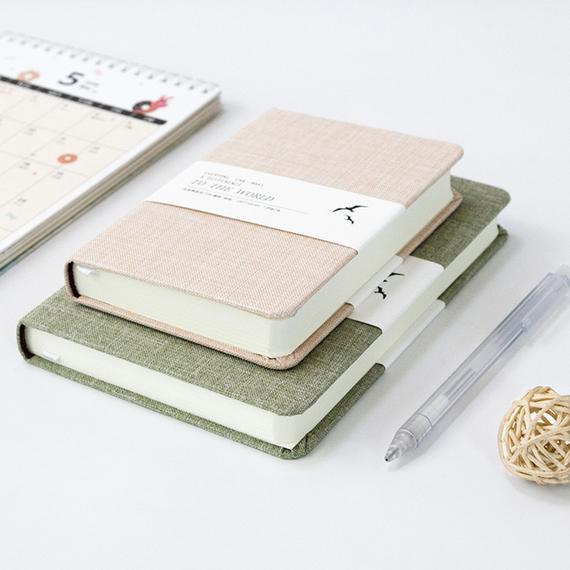 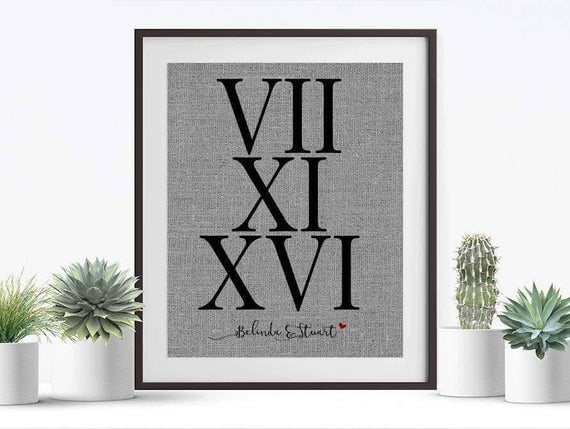 Below, I’ve outlined the 16 repeating themes, listed in alphabetical order. Then, I’ve included which anniversary year they’re connected with. In addition, I’ve added in whether the theme is modern or traditional–or both. So, if you’re looking for the linen anniversary or the lace anniversary, for example, I can help.

China along with porcelain are the modern gift theme for a second year of marriage. However, china appears once more in wedding themes. And that would be for 20 years of marriage–the traditional gift theme.

Clocks appear as the prefered present theme in three anniversary years. They are a first modern anniversary gift, and the 42nd anniversary–both modern and traditional.

Together, crystal or glass are the modern theme for a third year of marriage. However, by themselves, they show up at least twice more.

Crystal is also the traditional theme for a 15 year anniversary. Glass, on the other hand, is both the modern and traditional gift

The diamond anniversary theme is a little tricky. That’s because both diamond (in general) and diamond jewelry are themes but not for the same years. Nonetheless, I’ve combined them here.

Additionally, diamond is both the modern and traditional gift theme for 60 years of marraige.

There are two anniversaries with leather as the theme. It is the traditional theme for a 3rd anniversary and the modern theme for a 9th anniversary. So, if you’re looking for a 9 year anniversary gift idea, leather would be a good place to start.

Both linen (singular) and linens (plural) show up as anniversary themes. I’ve combined them here for simplicity and so you can interpret as you like.

You can go with pearls if you’re looking for a modern 12th anniversary gift. At the same time, pearl is the traditonal gift theme for a 30th anniversary.

You’ll find watches to be the modern gift theme for a 15th wedding anniversary as well as a 42nd. Watches are also the traditional gift theme for 42 years of marriage.

I’ve got a blog post on anniversary freebies that gets a ton of traffic all year long. It focuses on restaurants that give free food on your anniversary. It’s super popular.

So I know people are coming here already for anniversary information. Why not help them with ideas for last minute or easy gifts, too.

This blog post in about general advice on finding easy anniversary gifts. I’ve since written two additional blog posts about anniversary present–one on traditional themes and one on modern themes. In each of these posts I’ve outline anniversary themes by year 1-60.

I just wanted to step back and offer overall gift advice. Why should you listen to me? Because I’ve written a dozen-plus books on weddings and gift giving.

One of the things I learned in writing those books is this. If you can find gifts that speak to a person’s hobbies, interests or affinities, then you’ll find a great gift.

How hobbies can make for easy present inspiration

So, for example, if you know where someone went to college, what kind of pets they have, or what they do in their free time, you’ve got a ton of information for giving gifts. As a result, you should have an easier time buying gifts.

This makes it so much easier to buy that person an anniversary gift or any gift overall. Consider these examples.

Look toward their alma mater for anniversary gift ideas

For example, when in doubt, you can buy something from their alma mater.

In addition, if the recipient is a dog or cat lover, anything that allows them to enjoy their pet more is a great gift to give.

Finally, give a gift that lets someone enjoy their hobbies more. It could even be something as simple as goodies related to their favorite sports team. Or if you’re living with a Peloton addict, you might be on the hunt for gifts for Peloton users. If so, you can definitely get Peloton gift ideas for this hobby over at this blog post on Peloton gifts and recommendations. 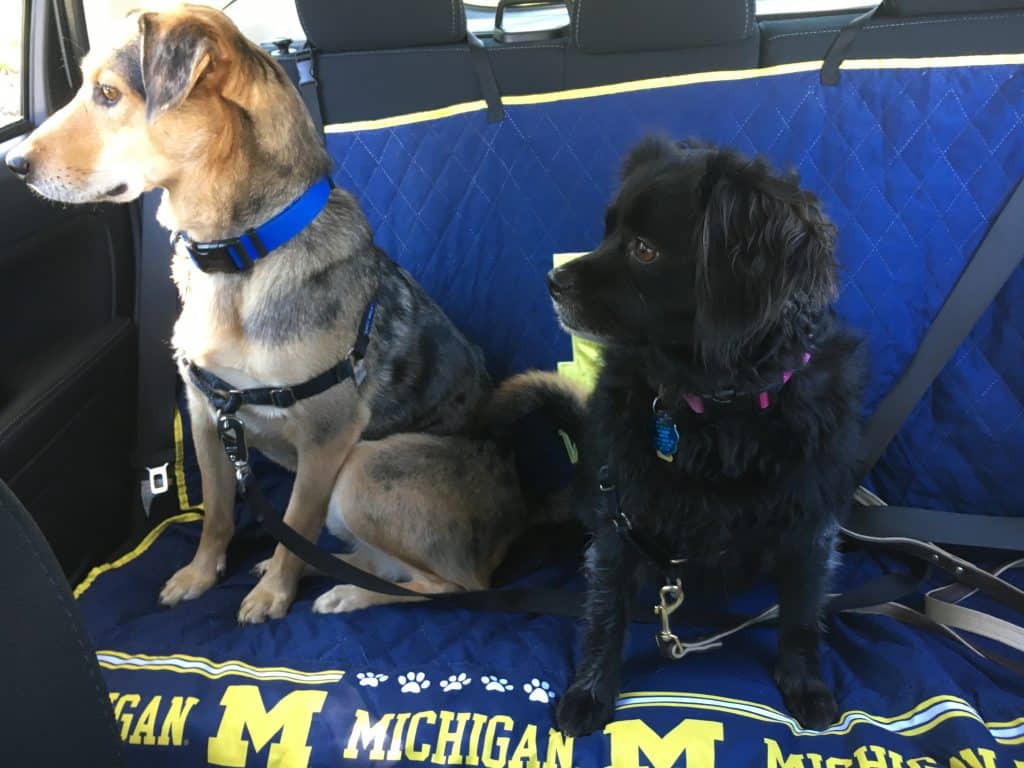 My husband is a Michigan fan and a dog lover. So I got him this Michigan car seat cover as a present.

While this advice is more general in nature, it can apply to wedding anniversaries. It could make it simpler for you to figure out easy anniversary gifts.

Here are experience ideas that make for great anniversary gifts too.

Finally, I’ve created an entire page with my printables. Some of them are free printables. You’ll find your way to get these two easy annivesary gift idea printables shown here, too.

One last thing: I’ve also created a Shop page where you can find one place to see everything I’ve recommended in this post and more. 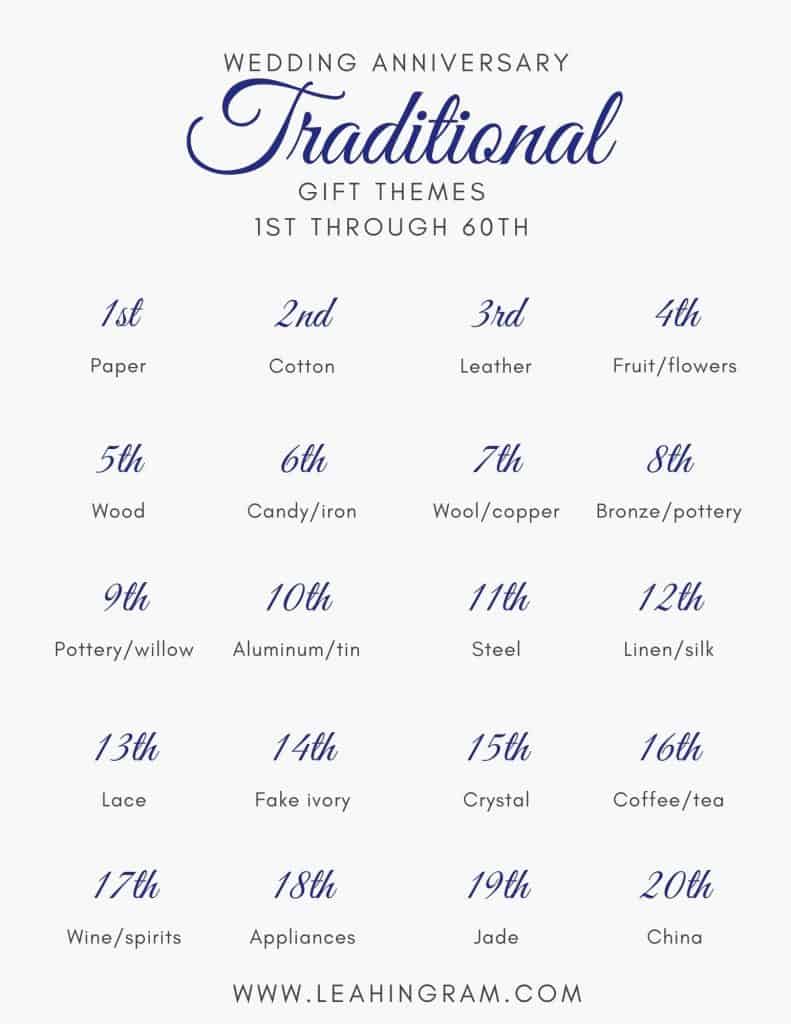 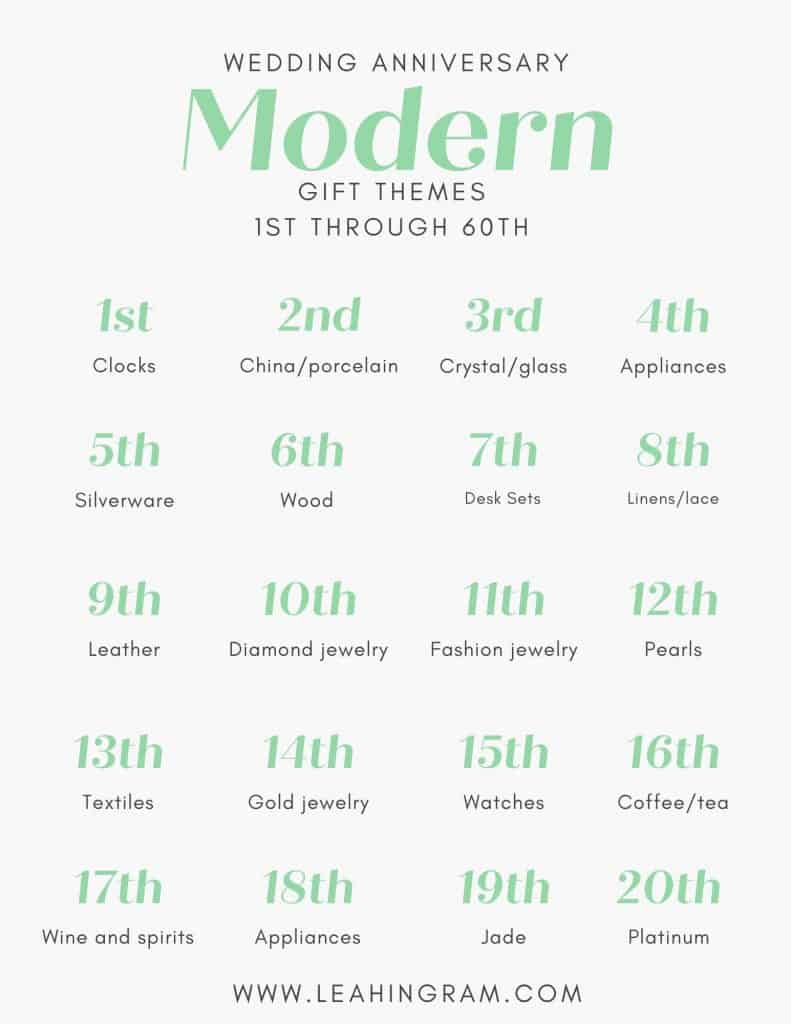