Did you get an Instant Pot Pressure Cooker or Instapot to help with getting dinner on the table? Not sure what the Instapot is or how to use it? Are you looking for Instapot reviews or recipes you can use in your Instant Pot?

For starters, the Instant Pot Pressure Cooker or Instapot is, it’s a modern version of a pressure cooker.

As a devout slow cooker user–I’ve got three of them–plus a regular rice cooker user, we recently converted to owning the Instant Pot pressure cooker. I’ll admit that I’m just using it, primarily, to make rice. However, recently I did use it to make butternut squash soup in under an hour. It was amazing. 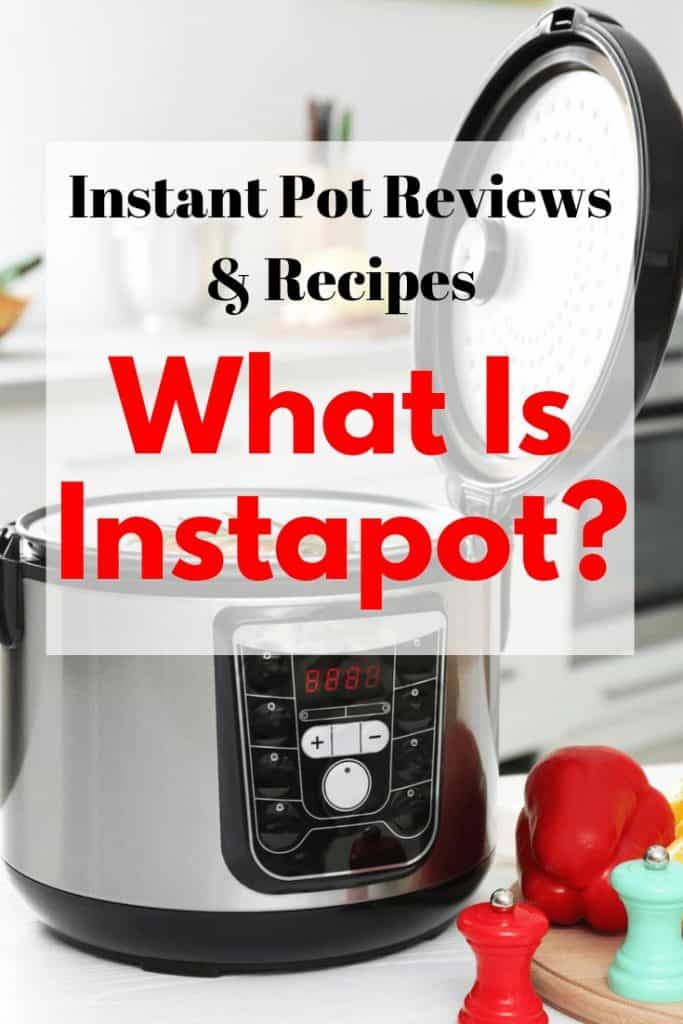 You may remember that I once did a Q&A with Erin, founder of $5 Dinners. I’ve reprinted most of it below. In addition to that, she recently provided her own Instapot reviews. How? She answered some questions about the Instapot.

Below is Erin’s review on the Instapot. 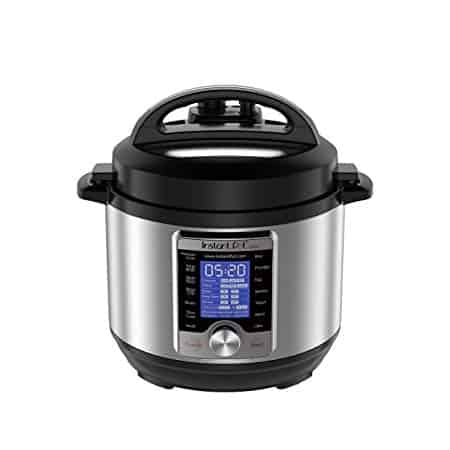 Q: What is the Instant Pot pressure cooker aka Instapot?

Instant Pot is a new generation of electric pressure cookers that you don’t have to worry will blow up in your kitchen. It works by heating and pressurizing food.

Once the pressure and heat builds inside of the machine to a certain point, it switches to on and off heat so your food continues to cook. Once cooked the pressure is released and your dinner is ready. 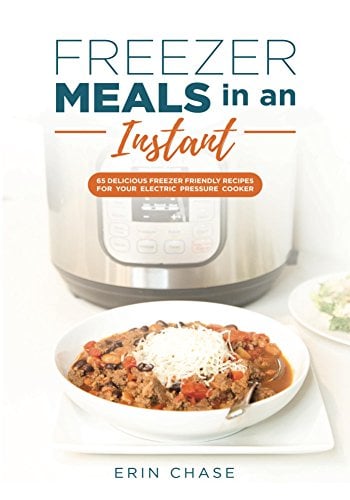 Q: I already own multiple slow cookers, a rice cooker and more. Why would I need an Instapot?

The Instant Pot Pressure Cooker or electric pressure cooker (EPC) is another great tool in your kitchen to help you save time and help make getting dinner on the table easier. And usually faster, too, than a slow cooker.

The Instant Pot very well may send my slow cooker into retirement. Slowly over the past year, the Instant Pot has started to take over and is now being used at least 2 times a week.

Q: OK, so let’s talk about your favorite dishes you can make in your Instant Pot Pressure Cooker versus your slow cooker?

I prefer the slow cooker for shredded meats and roasts that become shredded beef/pork. Like shredded chicken or pulled pork.

I’ve made these in the Instant Pot and they are great, but I prefer the softer, more tenderized version from being slow cooked for 8 hours on low. I still love slow cooker roasts for shredded meats because the meat is so tender, and falls apart. Yes, the Instant Pot has a slow cook function, but the cooking time is only 4 hours. So that’s something to consider with your cooking schedule.

As far as Instapot recipes go, I prefer the Instant Pot for roasts that will be sliced as roasts. They cook much faster and much softer than the oven, but aren’t as fall apart tender as the slow cooker. Which makes them perfect for slicing and serving a “roast beef” style meat.

Other foods that I prefer in the Instant Pot and my favorite Instapot recipes include:

This preferred list is based on the dramatic increase in cooking time, as well as being “hands off” – set and forget kind of cooking. That’s just what this busy mama needs!

Here are 5 super easy slow cooker recipes to try out.

Are you looking to change how you eat and cook? If so, let me share a bit more about Erin from my Q&A with her.

When she started 5dollardinners.com, “I didn’t plan on starting a business when I started sharing what we were eating, and what I was buying and spending at the grocery store. The website grew so quickly, because everyone was looking for help, ideas and inspiration for healthful but frugal meal ideas.” The notion of five dollar dinners really resonated with people.

Once Erin started creating $5 dinners for a family of four (she herself has a family of six–with four sons!), she couldn’t stop. “I have this little problem where I can’t spend full price for ingredients,” says Erin. “I love playing the ‘sales game’ and mixing and matching ingredients to make a great meal.”

Like my family Erin discovered that eating at home saves a lot of money. Also, focusing on the grocery budget could make a big difference in a family’s entire budget.

Here’s my own version of five dollar dinners: First, I start by overcooking at dinner. This provides lots of money-saving options. 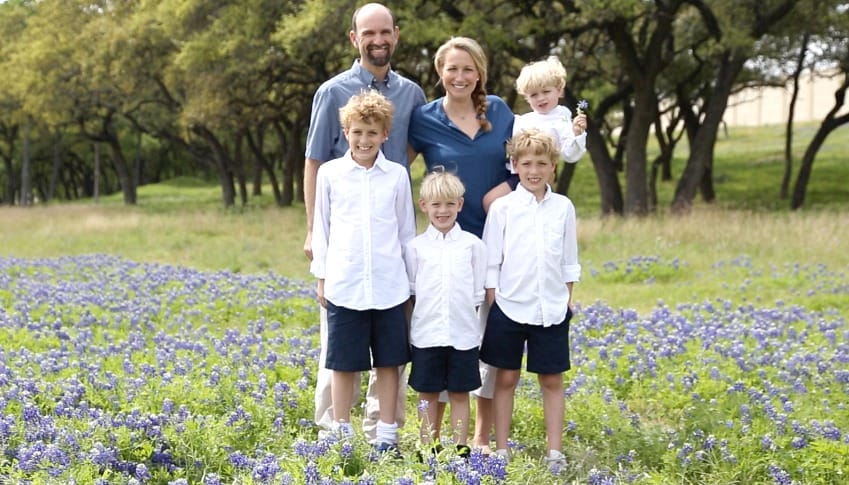 As a mother herself–Erin has a family of six, with four boys–she knew that her $5 dinners had to meet a number of criteria. Not only did they need to be budget-friendly but they also had to be kid-approved. So she created what she calls super family friendly meals.

“I have active boys and they have ferocious appetites. Only one is a ‘picky eater’ but he’s really only picky about a few foods,” she says. Even her picky eater has expanded his palette because of Erin’s yummy recipes. “I love serving their favorites like sloppy joes and curries–yes, they love Thai food!”

One of the ways that Erin continues to keep meals on budget–and help other families, too–is through her MyFreezEasy program. It helps you batch cook meals and stock them in the freezer.

You can sign up for her affordable MyFreezEasy workshop, and you can enjoy MyFreezEasy products, too. This includes a MyFreezEasy Starter Kit that I just love.

Like me Erin’s blog turned into a book. Well, three books, all focusing on her core five dollar dinners concept. 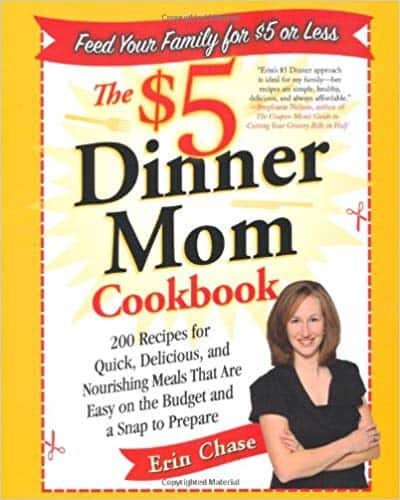 With a huge list of subscribers to her $5 Dinners blog, Erin kept getting the same question. Even though she was providing those affordable meal plans, readers wanted more. They want step-by-step instructions on how to cut their grocery budget.

“Every time I’d answer a ‘how do I cut my grocery spending’ email, I would barely scratch the surface,” she says. She realized there was a need for more than just meal menus. So in 2015 she created the Grocery Budget Makeover, an online class featuring fun, helpful and educational videos. “I created the class with ALL of the content and responses that I wish I could say in emails,” she adds.

I actually took the Grocery Budget Makeover online class last fall, and it was amazing. I thought I was a good grocery shopper, and maybe I was. But Erin’s class made me a GREAT grocery shopper. I learned how to match sales with coupons, what days to shop to get the best prices and more.

Here’s what I loved about the video format of her class. It was almost like you were in the kitchen with her as she taught new strategies and system for grocery shopping. Plus, you’ll have kitchen envy–I want her kitchen!

Erin’s goal for the Grocery Budget Makeover is simple: “I hope to teach shoppers a smarter and better way to shop for groceries. There is so much to the process – planning your trip, writing a great shopping list, meal planning, sales, even coupons. The Grocery Budget Makeover breaks down each of these areas to determine where you can improve, what habits need to change, what bad habits need to be ditched, and ultimately help you save more on groceries.”

As a former student, I can attest to all of this and more. Erin says she has received tons of testimonials from students like myself, letting her know that the class helped to save them HUNDREDS each month. Some of them have reported saving as much as $800 a month on groceries. Talk about getting your money’s worth!

2 thoughts on “What Is The Instant Pot Pressure Cooker”