When it comes to Ohio Peloton hotel locations, you’re looking at clusters of them in major cities. I’m talking Cincinnati, Cleveland and Columbus, where you’ll find the most Peloton hotels.

However, Peloton has a newer Ohio connection beyond hotels with bikes. In 2021 Peloton announced that it was breaking ground on a new production facility in Ohio. Located near Toledo, Ohio, it will be the company’s way of making bikes and Treads on U.S. soil. Therefore, hopefully, it will be able to avoid delivery delays it faced in the past.

I realize that you didn’t land on this blog post to read about the new Peloton Ohio manufacturing plant. But I felt I had to give it a nod.

On the other hand, I know what you’re here for–the list of Ohio Peloton hotel locations. So, I won’t disappoint.

You’ll find one Peloton cycle tucked in the back corner of the hotel gym at the Aloft Cincinnati West Chester.

If I hadn’t found reviews on TripAdvisor about the Peloton bikes here, I never would have known that the Graduate Cincinnati hotel even has cycles in the 24-hour fitness center.

The Lytle Hotel is part of the Marriott Autograph Collection. It has one Peloton bike in the fitness center.

The Kinley Cincinnati has one Peloton bike onsite.

The Summit, A Dolce Hotel

According to the website CincinnatiUSA, The Summit, A Dolce Hotel, in Cincinnati, has multiple Peloton bikes in its fitness center. That’s good to know since there is nothing about it on the the hotel’s website.

The Courtyard Cleveland Independence hotel has a single Peloton bike.

I found a few websites for the Holiday Inn Cleveland Clinic that said that you can rent a Peloton bike for your room for just $15 extra a day. I’m not 100% sure that offer still exists. So, make sure you check with the hotel first.

It seems that the Ritz-Carlton Cleveland recently added three new Peloton bikes to its gym. Therefore, be on the look out for them if you’re staying there. However, no need to pack your spin shoes. I understand they are Peloton pedals with straps or toe cages.

Back in 2019, according to the hotel’s Facebook page, the SpringHill Suites by Marriott Cleveland Independence added Peloton bikes to the fitness center.

Right on the homepage of the Westin Cleveland Downtown hotel’s website, you’ll find the following: 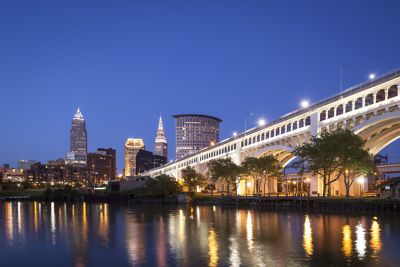 There is one Peloton cycle at the AC Hotel Columbus Downtown.

You’ll find one Peloton bike at the Graduate Hotel Columbus.

The Hyatt House Columbus OSU/Short-North has two guest rooms that come with Peloton bikes in the room. If you’re interested, book one of the Studio Suite Bike Fitness Rooms.

Speaking of colleges and universities, here is my post on tcollege towns with Peloton hotels.

An August 2019 Instagram post from the uber-hip Le Meridien Columbus, The Joseph announced that the hotel had added two Peloton bikes. Therefore, you can add it to the list of Columbus Ohio Peloton hotel locations. 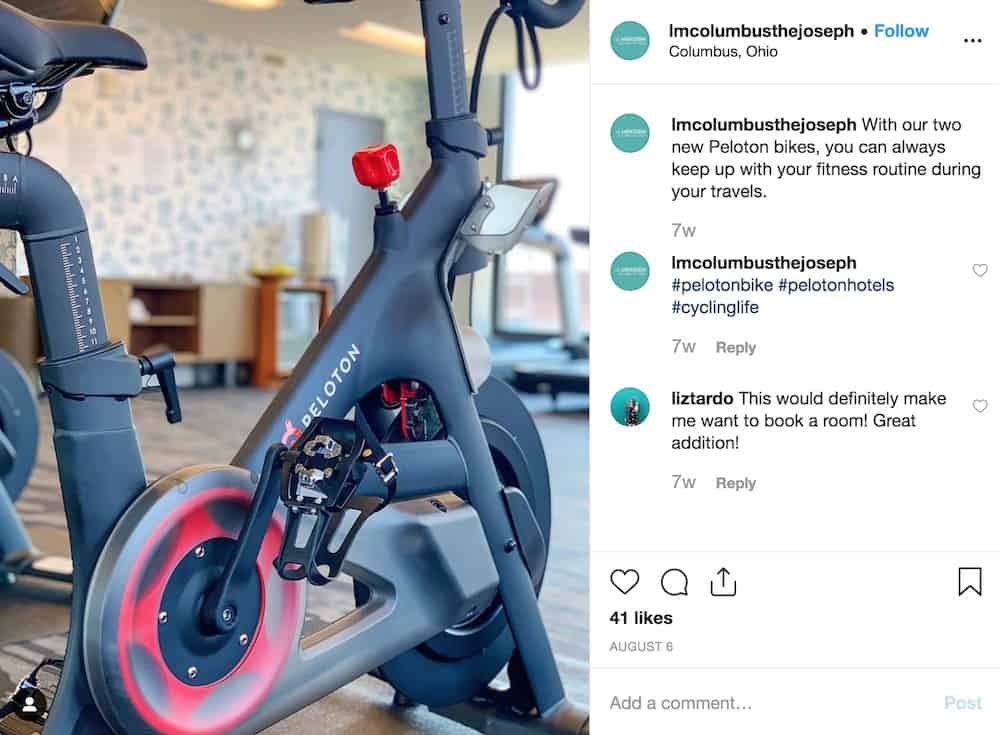 From the looks of it, you can have a Peloton bike delivered to your room at the Marriott Columbus OSU. On the other hand, if you’re interested in working out in the hotel gym, be aware that only 20 people at a time can be there exercising. So, check with the front desk to reserve your time.

On the hotel website for the Renaissance Columbus Downtown Hotel, the fitness center page says that there are Peloton bikes available.

The Courtyard Toledo Rossford Perrysburg hotel is actually located in Rossford just outside Toledo. Even so, there is one Peloton bike in the fitness center, though no pictures of it on the hotel website.

Located in central Ohio, the Hotel Versailles recently opened in another hotel’s original location (the Inn at Versailles) with one Peloton bike in its fitness center.

Like so many of my other location-specifical Peloton hotel posts, this one grew out of my original, much large Peloton hotel finder blog post. However, once that list got too long and overwhelming, I began to break the information out into newer, shorter blog posts like this one.

Finally, if I’ve missed any Ohio locations in this guide, please reach out and let me know. Of course, as I discover new Peloton hotels, I’ll add them here, too.