It’s May so it’s time for people to start asking, “What is Peloton Homecoming?” It is an annual event in New York City. It is a time when Peloton users can gather together to ride, run and workout with their favorite instructors.

Well, at least that’s how it used to be. In fact, before it was called homecoming, Peloton referred to it as the home rider invasion. That’s because Peloton bike riders, who normally rode at home, would come to New York City to “invade” the Peloton studio on 23rd Street.

In 2020 Peloton moved its studios from 23rd Street to Hudson Yards on Manhattan’s West Side. And before they could even have homecoming 2020, the world shut down. So it became virtual.

It was the same for Peloton Homecoming 2021. That celebration was virtual as well.

Even though I’ve had my Peloton since 2016, I’ve never participated in homecoming or its predecessor–home rider invasion. Now that homecoming is going virtual again for yet another year, I regret never taking advantage of it when things were in person. Maybe we’ll be back to in-person homecomings in 2023. 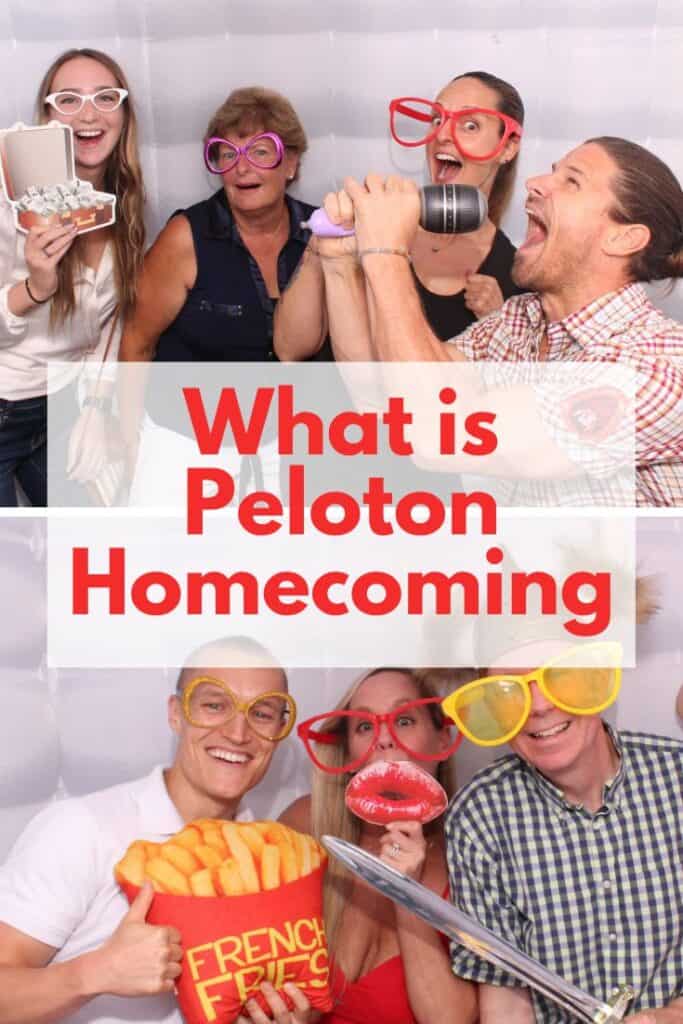 What you need to know about Peloton homecoming

As I’ve explained Peloton homecoming is a multi-day event for Peloton users and fans. You can get together, albeit virtually these days, to spend time with your favorite instructors and enjoy new content.

In this article I’m going to try to answer all of your questions about Peloton homecoming. This includes:

So, onto answering those questions

When is Peloton homecoming

Traditionally, homecoming or Peloton home rider invasion is held in May. In 2022 it’s not different.

Peloton homecoming 2022 is May 13-14. When I got the “save the date” email in February, here is how Peloton described the upcoming event:

“It’s baaack! Our most anticipated event of the year. Join the global community for an inspiring weekend of live classes plus virtual events and all the surprises we’ve got planned.”

FYI it was around the time of this announcement that rumors about the studios reopening started. I heard from multiple sources that Peloton was considering allowing members back into live, in-person classes during Summer 2022. I’ll keep you posted if I hear more about that.

By the way, here is my article about what it was like to ride live in the New York City studios.

Peloton has set up a landing page on its website for homecoming activities. You can register to participate on that page, which I’ve linked to here.

What happens during homecoming

I pulled this description off the Peloton website about what to expect during homecoming 2022:

“It’s here, Peloton! And this year’s Homecoming is all virtual so our entire global community—all 6+ million of you—can join the celebration.We’ve got two days of epic live classes planned on our platform, plus inspiring panel discussions and exciting announcements we’ll be hosting.”

As I mentioned plenty of people are expecting that one of the “exciting announcements” will be the reopening of the New York and London studios. Another expected announcement is a Tunde arms program, much like the Tunde arm challenge that users have created on their own–and which I wrote about here. Finally, many people believe that homecoming 2022 will be when they finally announce the Peloton rower.

Update: Peloton did, in fact, announce the arrival of the Peloton rower. Instructor Adrian Williams did the honor. As I learn more about this rower, I’ll write a new article about it.

In the meantime, if you have a rower at home already, plenty of people I know use Tread Bootcamps to do rowing classes on their own. That is, during the cardio portion that supposed to be on the treadmill, they row. Then, when you get off the hardware to do weight lifting, they get off the rower and do that, too.

If you simply can’t wait for a rower, here is a link to the Hydrow rower. Check back here before Memorial Day, when I know there will be a rower coupon code.

Finally, here are hotels with Hydrow rowers (and Peloton bikes) in their gyms.

Some of the events Peloton has planned for homecoming include panel discussions with instructors. So far the instructors in the lineup include:

This year you can expect the overseas and foreign language Peloton instructors to be participating. This includes the following.

Here’s my article about the London studios.

By the way, I took my first class with Camila Ramon recently. It was her pop punk ride that was part of the Rock 22 Challenge. More on Peloton challenges here.

Don’t sleep on Camila. She’s an amazing instructor who teaches in both Spanish and English.

Why would I want to attend homecoming

One reason to block off the two days for homecoming is to spend time, albeit virtually, with your favorite instructors. And you’ll get to do this outside of a traditional class.

Sure, if you follow these instructors on Instagram or TikTok, you’re getting to see their human side outside of class. But in panel discussions you get to see an even different side of them.

For example, during Peloton homecoming 2021 I signed up for a panel discussion about the work-life balance parents face. The two Peloton instructors involved were Christine D’Ercole and Kristin McGee. Both are single mothers.

I appreciated their comments, honesty and vulnerability during the chat. Also, that panel included real-life Peloton users who are also struggling with work-life balance. So it was an interesting discussion all around.

How do I watch Peloton homecoming

To watch Peloton homecoming events May 13-14, 2022, you’ll need to register on the website. You have to opt into each event you want to attend or watch.

As far as the Peloton homecoming classes, I just looked ahead to the live class schedule for May 13 and May 14. I did not see any classes, in any of the disciplines, that had homecoming in the name. That doesn’t mean new ones won’t drop. However, as of right now, I don’t see any live homecoming classes.

What does homecoming cost

Homecoming is free. I mean, of course, you pay for your Peloton membership. However, you won’t have to pay anything extra to attend.

Of course, in the past, when it was live and in person, there was an event fee along with the cost for a New York City hotel. So, if we get back to in-person homecoming in 2023, I doubt it will be free again.

FYI, if you’re planning to visit New York City and want to find hotels near the studio or hotels with Peloton bikes, this article can help.

Hotels Near the Peloton Studios Did I answer all of your questions about this upcoming member event? Perhaps the only benefit of it being virtual again is that everyone can attend.

With more than six million people in the Peloton community these days, there’s no way everyone could go to homecoming in person. In fact, the last year they had the event live, in 2019, people got shut out of events and rides the same day registration opened. So be thankful that, again in 2022, homecoming is virtual and everyone gets to participate.