Do you know the difference between Super Target vs Target stores? What about City Target?

Turns out all of these iterations of Target are both different and the same.

Yeah, I know that sounds oxymoronic. But stick with me as I explain the differences between Super Target vs Target vs City Target. I learned so much in researching this article.

What is Super Target

As the name would suggest, a Super Target is an extra large version of a Target store. I first discovered Target stores in general when we moved to Ann Arbor, Michigan, in 1993. Well, two short years later, Target introduced the concept of the Super Target store.

Here is how the corporate Target website describes Super Target:

“The first SuperTarget — which included a grocery section with fresh produce, dairy and meat — opened in Omaha, Nebraska. SuperTarget stores combined a Target Greatland with an upscale grocery store, Archer Farms Market, and a trendy mix of fashion, household goods and food.”

Back in the ‘90s, I wish we’d had a Super Target in Ann Arbor. In fact, if we wanted to shop at a superstore with a supermarket built in, we’d have to go to Meijer.

Here was another first when Super Targets launched: they were the first Target stores to have Starbucks in them.

That was in 1999. These days you’re likely to find Starbucks in nearly every Target location. Or at least that’s what I’ve found.

In 2006 Super Target stores introduced organic food. According to the Target website, “Target  became one of the first grocers in the U.S. to become a USDA certified-organic produce retailer.”

These days, it isn’t just Super Targets that have organics. Most Target stores have all kinds of organic foods.

Besides produce (aka fruits and vegetables), you’ll find organic versions of the following food products at Target:

However, in the past few years, most SuperTarget stores have been remodeled to be just a Target store. They might still be as big as they originally were. However, the signage outside now just reflects the Target bullseye brand. No more “super” in the name. 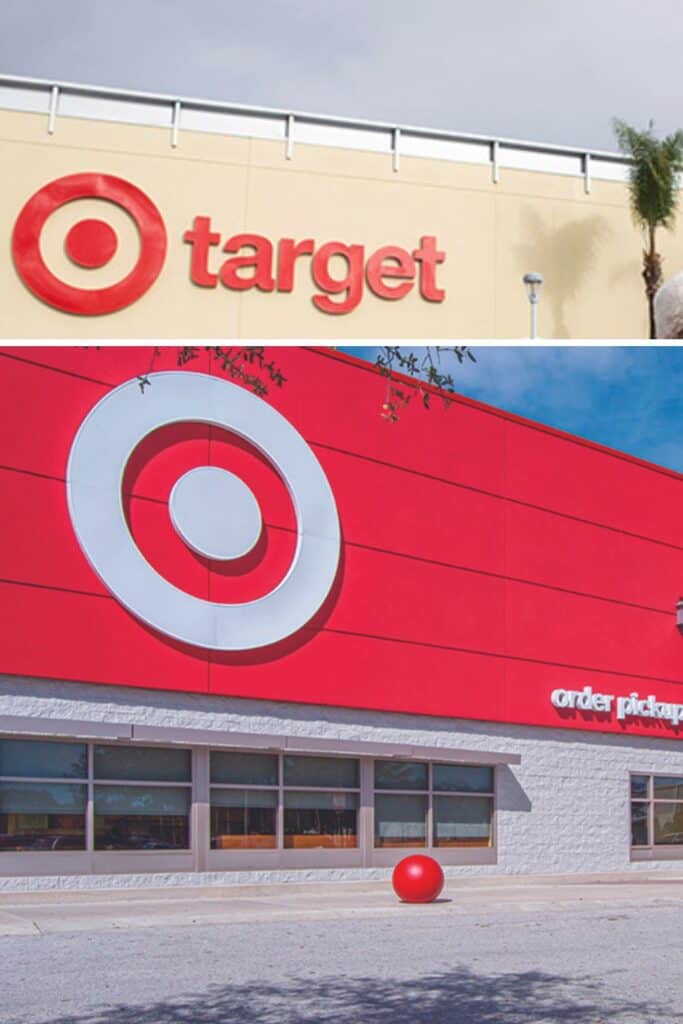 In fact, Target has renovated more than 1,000 stores nationwide. With 1,938 stores in the United States, that’s more than half of the Target locations that have gotten a refresh.

We’ve established that Target has blended former SuperTarget locations into “regular” Target stores, albeit with a larger footprint. Now Target is focusing on smaller footprint stores.

In fact, I recall how excited my mother in law was about the new City Target that was coming to her West Side Manhattan, Hell’s Kitchen neighborhood. She lived in an assisted living facility on Tenth Avenue, just blocks from the Target store there.

At 29,000 square feet, that Target store would be significantly smaller than the stores she used to shop at in the suburbs. But she loved the idea of Target being nearby nonetheless.

Having a Target in New York City was helpful for us as well. When we moved our older daughter to college in Morningside Heights, we realized we’d forgotten to pack pillows for her dorm room.

Lucky for us there was a Target in a vertical mall in East Harlem. There’s also a Costco, Marshall’s and Old Navy there, too. Anyway, with convenient parking, we were able to get in, get what we needed for her dorm room and get back to campus in no time.

Where are there City Target locations

These days we live in the Pittsburgh area. I know that there is at least one City Target planned for downtown Pittsburgh.

But where else can you find City Target stores? Often you’ll find these smaller Target stores near college campuses. In fact, the very first one opened near the University of Minnesota.

Here is a brief list of some colleges with City Target aka small-format stores nearby:

This article can help you find Pelotons near college campuses

These City Target or urban Targets are all under 40,000 square feet. That comes out to just under one acre.

Some City Targets are significantly smaller. One in Chicago is about 12,000 square feet. That’s just about the same size as three basketball courts. 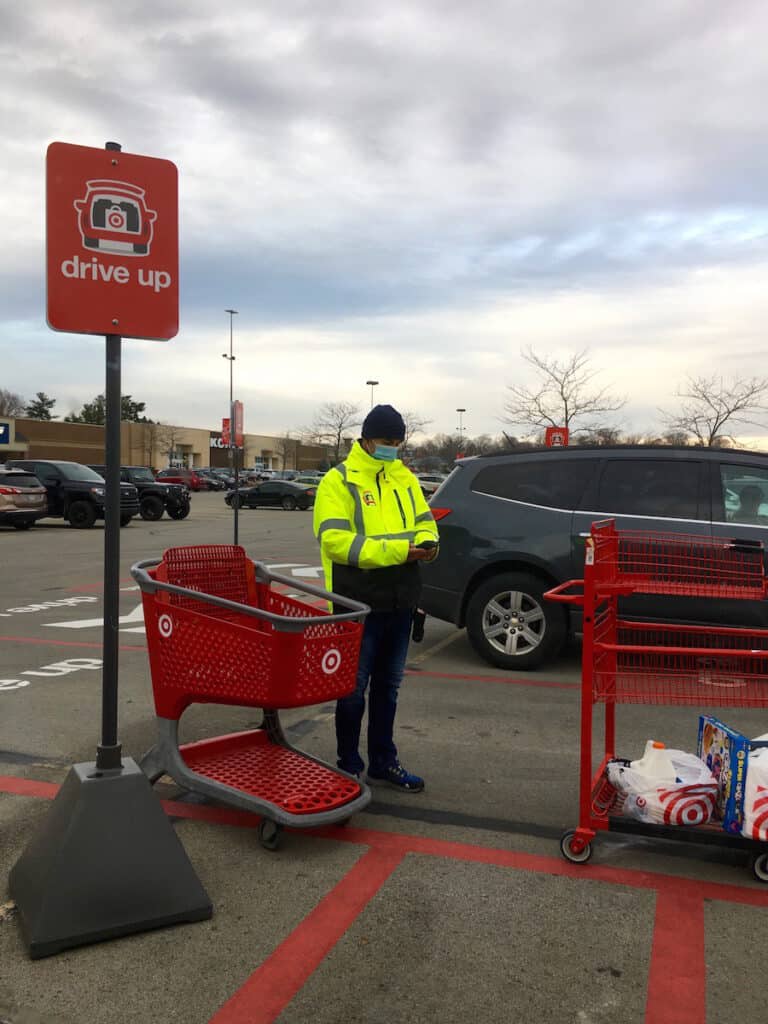 This article explains all stores with buy online, pick up in store capacity

What is the difference between City Target vs regular Target

However, the name City Target can be a bit of a misnomer. That’s because you may find a “regular” Target store–or even a former Super Target location–in a city.

For example, I know that Pittsburgh, very much a city, has multiple large-format Target stores. So does Philadelphia.

In addition, as I mentioned, we visited a full size Target store in New York City on the day we moved our older daughter into college. Since that time Target has opened a smaller Target NYC store about a mile away from her college campus. That would have been much more convenient for us to visit.

Target is a place where you can reliably get a free or cheap flu shot each year. This year is no different.

In fact, I highlight in this article about free and cheap flu shots one of the perks of getting your flu shot at Target–a free $5 gift card.

Basically, you have 90 days to return something to Target. However, there are some exceptions. This article explains all of that. 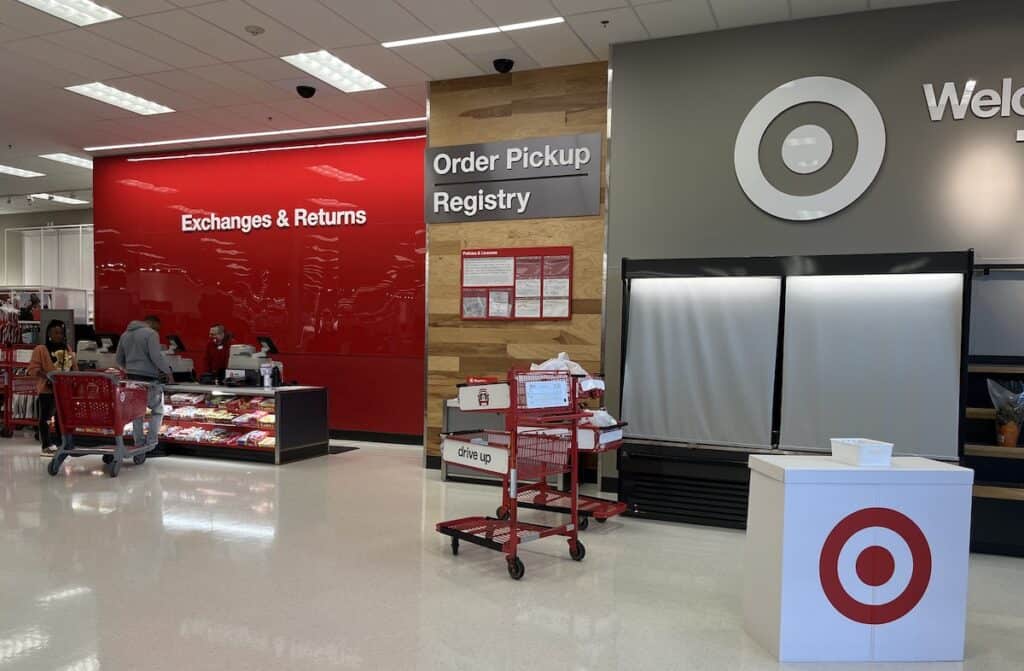 Final thoughts on Super Target vs Target vs City Target

I know that for me, I feel comfortable and at home when the following retailers are nearby:

We’ll be leaving the Pittsburgh area in 2023 and moving to New England where we’ll have easy access to all five of those retailers. However, the only Nordstrom nearby will be a Nordstrom Rack. (This article compares Nordstrom with Nordstrom Rack.)

However, about 10 minutes from our new house is a full-sized Target with a grocery store inside. Thus, a former Super Target. Having that nearby will definitely make me feel right at home.

Have I missed answering any questions about Target stores in general? Please post a comment and ask away.

Finally, here is a link to the Target store locator so you can find stores near you.