This article on Mountain West and Southwest hotels with Peloton bikes focuses on the following nine United States locations:

Why did I put together this list specifically devoted to Peloton hotels in these seven Mountain West states? Because my original Peloton hotel finder post got too long.

Below is an alphabetical list of the seven Mountain West states I’ve included in this article about Peloton hotels. Then, within that list you’ll find one of two things.

On the other hand, I may have included a link out to a separate article about Peloton hotels in that state. In many instances I’ve covered these Mountain West states individually.

In conclusion, I believe it should make it easier for you to find hotels with Peloton bikes in the Mountain West, from Arizona to Wyoming.

Here is a separate post about Peloton hotels in Arizona. For the most part, most of the hotels with Pelotons in Arizona are in these four cities. And they are:

Below, are some examples of those Arizona Peloton hotels.

I’ve just completed a separate blog post on Colorado hotels with Peloton bikes. However, below I’ve shared a few examples of Peloton hotels you can find in just Denver.

At the Big Sky Resort, you have many hotels to choose from. You’ll want to book The Summit Hotel Big Sky, because that’s where The Summit Health Club is. And, you guessed it, the Peloton bike.

A Facebook friend recently shared how she stayed at the Kimpton Armory Hotel in Bozeman–with her dog and a Peloton bike in her room. You can book a room and request the bike. In addition, there are Pelotons in the hotel fitness center.

In case you didn’t know, all Kimpton properties are pet friendly. Here’s my blog post on how to vacation with your dog.

I recently read an article in a travel trade publication that starting in 2022, Best Western will be adding more Pelotons to its hotel gyms. The Best Western Plus Butte Plaza Inn is a great example of this new goal.

With its newly renovated fitness center open, it now includes a Peloton. It has shoe cages on the pedals, and two-pound weights on the back of the bike. The hotel gym is open 5 a.m. to 10 p.m. daily.

The Resort at Paws Up

When I first learned of The Resort at Paws Up, I thought it was a pet resort–you know, like a doggie day care. Boy, was I wrong.

Located about 30 miles away from Missoula, Montana, The Resort at Paws Up is a place to go if you like glamping–glamourous camping. What helps with the glamorous aspect is the fact that there is at least one Peloton bike in the resort fitness center.

Part of the Marriott family, the Springhill Suites Kalispell doesn’t list a Peloton bike on the hotel website. However, I did some digging and was able to confirm that there is a Peloton bike in the fitness center gym at this Montana hotel.

The Ranch at Rock Creek

The Ranch at Rock Creek is an all-inclusive, high-end dude ranch. In addition to tons of outdoor activities ranging from rodeo to a rifle range, there is a Peloton bike in the fitness center. It is located in the carriage house at Camp Roosevelt. 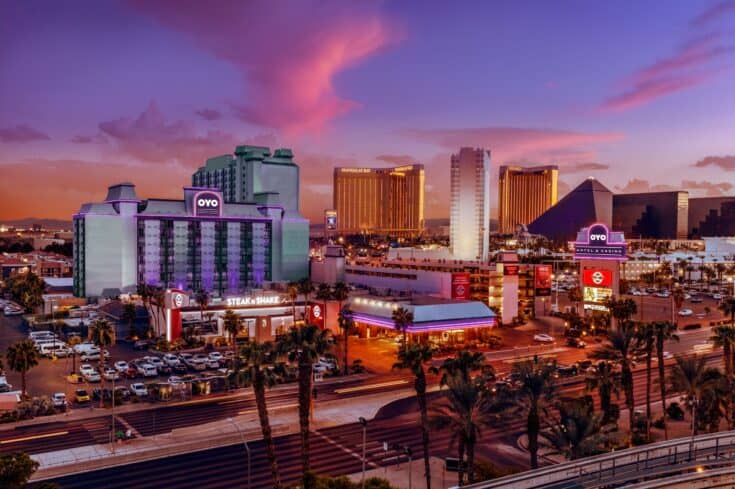 I stumbled upon the Eldorado Hotel and Spa in Santa Fe whilst looking for hotels with rooftop pools. And the Eldorado is one such hotel. Then, what to my wondering eyes did appear in the fitness center? A Peloton bike.

Rosewood Inn of the Anasazi

The Rosewood Inn of the Anasazi was one of the first hotels in New Mexico with a Peloton bike.

The Blake at Taos Ski Valley

TripAdvisor reviews confirm that The Blake at Taos Ski Valley has Peloton bikes. Here’s great news for those skiing Taos but staying elsewhere: you can buy a day pass to the The Blake wellness center. This includes having access to a Peloton bike for your workout, plus all that the center has to offer. It has a spa, too.

The Omni Oklahoma City hotel opened in early 2021, and it has one Peloton bike in its fitness center. Below is the picture the hotel shares on the hotel website, showing the Peloton cycle. 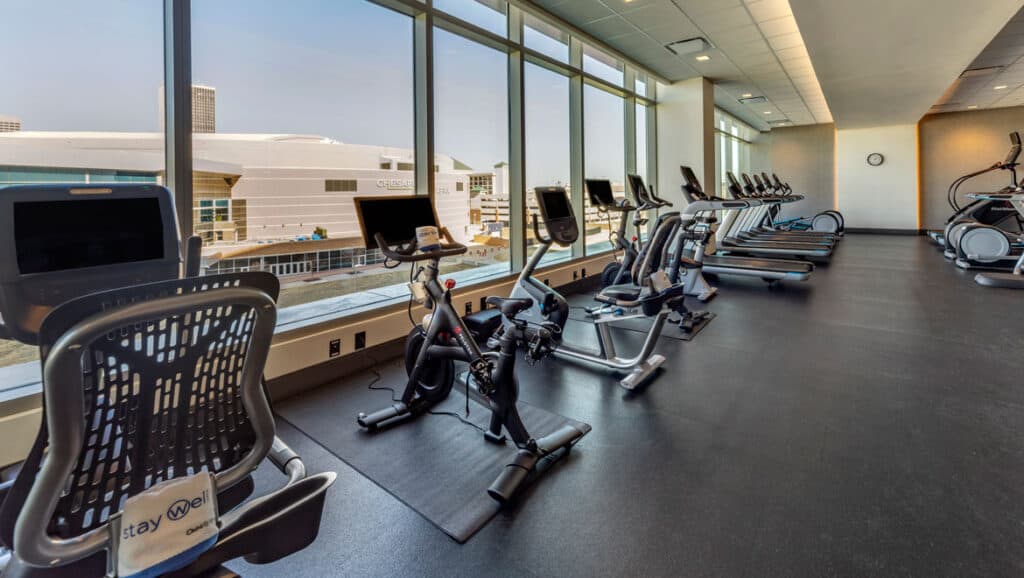 Here is an expanded blog post dedicated exclusively to Texas hotels with Peloton bikes. Below, is a small sample of Dallas hotels included in my list. 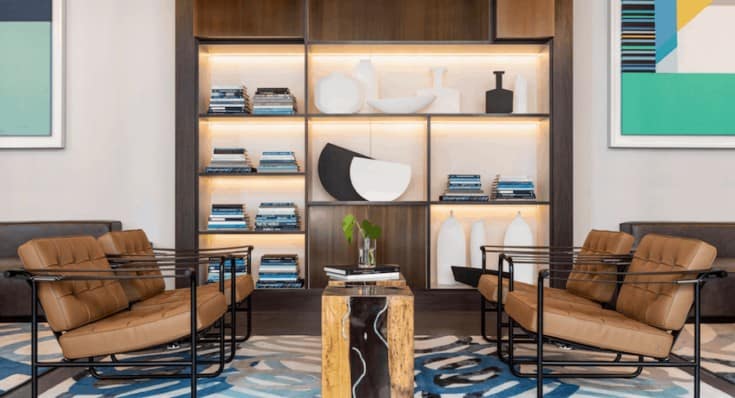 The Snowpine Lodge is located about 30 minutes from the Salta Lake City International Airport. When not skiing the nearby slopes, you can hop on the Peloton bike in the Fitness Center at Snowpine Lodge.

While the Expedia page for the Park City Peaks Hotel did not show pictures of a Peloton bike in the fitness center, multiple recent reviews on TripAdvisor did say there was one there.

A Facebook friend tipped me off that the Yotelpad hotel in Park City has two Peloton bikes. You definitely want to read the reviews on TripAdvisor before booking here. It takes a certain kind of traveler to stay in a Yotel hotel or pad.

I just learned that the Kimpton Monaco Hotel in Salt Lake City has a Peloton, but the fitness center is open by appointment only in 2021.

The Salt Lake City Marriott City Center is actually coy about the Peloton bike in its fitness center. It refers to the equipment as “state of the art cardio.” However, I have it on good authority that this state-of-the-art equipment is, in fact, a Peloton bike.

The Grand Targhee Resort has a ton of amenities for its resort guests. This includes something called the Fitness Cabin, which has a Peloton bike in it.

At least one reviewer on TripAdvisor confirms that the Four Seasons Resorts and Residences Jackson Hole has a Peloton bike in the fitness center. 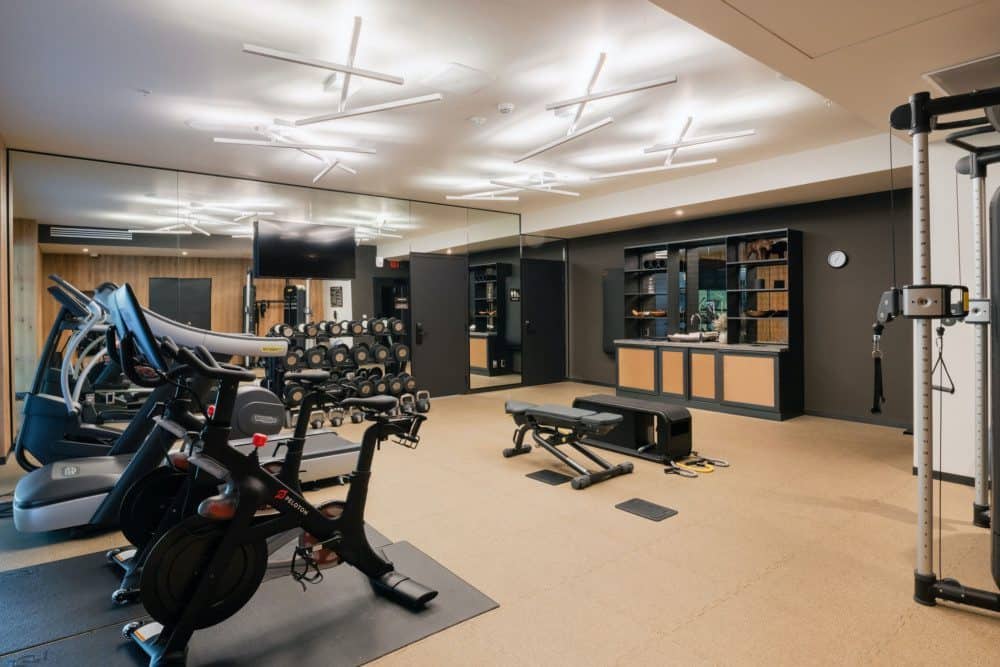 I was so pleased to get a message on my Instagram account from the Springhill Suites Jackson Hole in May 2021. They were reaching out because they wanted to be included in this article about hotels with Peloton bikes. Here’s what the message said:

“Would you be able to add us to your list of hotels with Peloton bikes, or include us in the future if you publish an update? We installed ours about 2 months ago.”

Of course, I would, which is why you’ll find them here now. The Springhill Suites Jackson Hole confirmed that they have one bike in their 24/7 fitness center.

Even better, within minutes of messaging me, they sent me photos of their bike. It shows toe or shoe cages on the pedals. 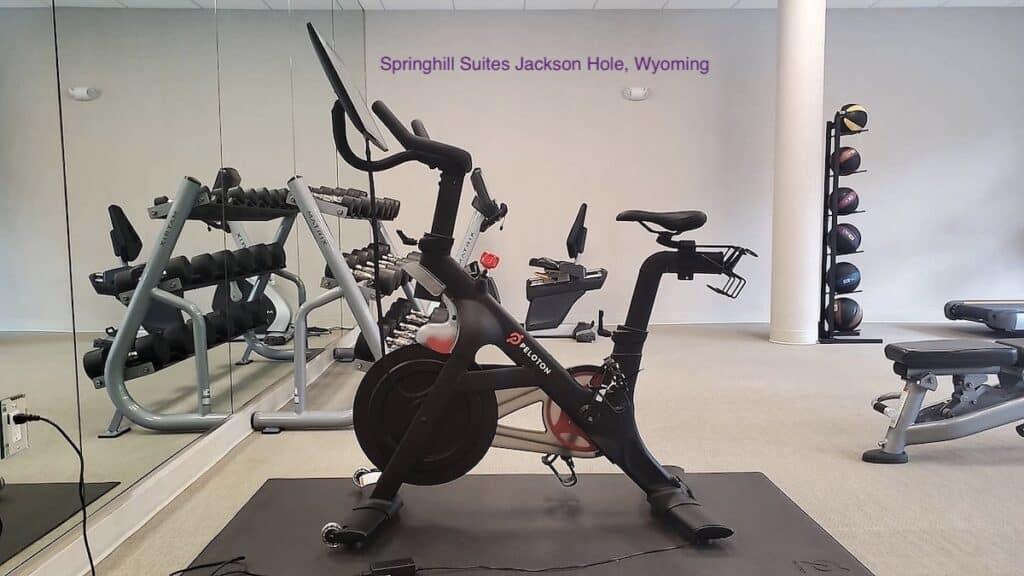 I know that this article on Mountain West and Southwest hotels with Peloton bikes covers a lot of territory. Literally. It starts way north in Montana and comes all the way south to Arizona, New Mexico and Texas, on the border with Mexico.

Speaking of Mexico, this post on Mexico and the Caribbean will guide you to hotels there with Peloton bikes.

As always, if I’ve missed a property with a Peloton in any of these Mountain West or Southwest states, do let me know.