I’m updating this Gazelle Review because it’s almost that the time of year to sell your old electronics or iPhones. Why?

Because every time Apple announces a new version of an iPhone, that’s when you want to sell your used electronics, including your Smartphone, for big bucks. That usually happens each fall.

Therefore, now is the time to start thinking about how you can get cash for an old iPhone by visiting sites like Gazelle.com. On Gazelle, it’s always a good time to sell electronics or trade-in your iPhone for cash, even if the phone is broken.

Why I originally wrote this Gazelle review

I found this out not once, not twice but three times after my then-teenager killed her iPhone. That is, I found out that sites like Gazelle will give you cash for a broken iPhone.

Because I had not purchased insurance on her Smartphone when she got the first one, when that first broken iPhone one came home smashed, I thought I was out a few hundred bucks.

You can get cash for a broken iPhone

But then I read other Gazelle reviews and learned that Gazelle.com will buy broken phones. Turns out because my daughter had one of the newer iPhones, even a broken iPhone could net me cash in my pocket.

How is this possible? Because Gazelle sells used phones and electronics at a discount. That menas that Gazelle is always on the lookout to buy old phones–even broken ones. Because they always needs Gazelle phones, they were the perfect place for me to sell electronics I no longer needed or wanted. 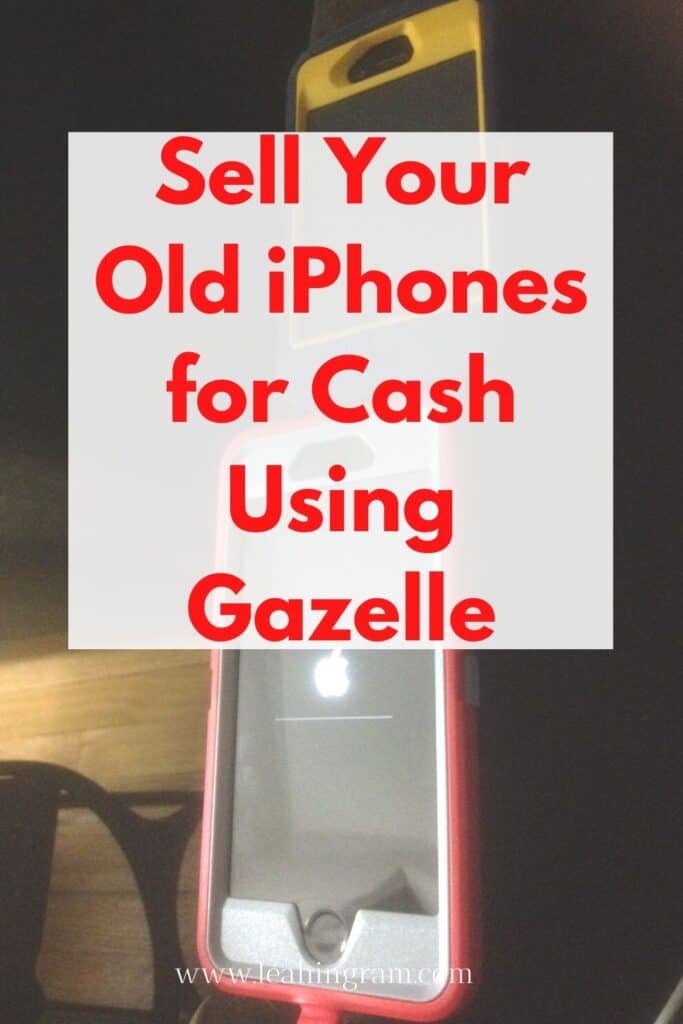 My review on how to sell electronics on Gazelle

Using Gazelle.com’s site to sell used electronics, or cash in on a broken or old phone is so easy. That’s why I’ve written this Gazelle review of my experience using the site.

First, you head over to Gazelle.com. When you get there, click on the “Sell Smart: Trade In for Cash” phone icon on the home page.

Next, you’ll need to let Gazelle know what you’re looking to sell. Your first choices are either an iPhone or an Android device. However, those aren’t the only old electronics Gazelle will take off your hands for cash. You can also sell electronics to Gazelle under the following categories:

Because my daughter’s broken phone was the newest version of the iPhone, I clicked on iPhone.

After that, I had to choose exactly what model she had. However, when you get to this page, you’ll notice that Gazelle will even buy older iPhone models for cash.

Next, Gazelle asks for your cell phone carrier. We use Verizon so I clicked on that.

From there you need to choose which “size” iPhone you are looking to sell. It asked if ours was an iPhone with 16GB, 64 GB or 128 GB.

My daughter’s phone was the 16GB so that’s what I chose. I clicked on the “Get An Offer” button.

If you choose broken, Gazelle will want to know if the phone turns on or not. Don’t worry–even if you can’t power the phone on, Gazelle may still offer you cash.

If you choose Good, this is what Gazelle expects:

As long as you can answer “yes” to those conditions, you’ll see Gazelle’s offer right there on the screen. An iPhone in good condition, on the day I’m writing this review of Gazelle, is $255.

How does Gazelle define flawless? It is a phone that looks brand new and like it’s never been used. Interestingly, the offer for a flawless iPhone on this day was $285–only $30 more than a good phone. That just goes to show you how worthwhile it can be to hold onto your phone for a bit, keep it in good condition, and then sell it for cash.

Gazelle review: how much is my phone worth

So back to me being able to sell electronics, specifically this broken iPhone to Gazelle. After I clicked on “Broken” and told Gazelle, no, the phone does not power on, here’s what happened.

Gazelle offered me $75 for my broken phone. No joke.

In addition, Gazelle offered me a $20 credit towards the purchase of a new phone in its electronics store.

Remember how I mentioned that Gazelle buys up all these old electronics? Well, it’s because their engineers know how to fix them up almost as good as new. And then they sell used cell phones (and tablets and computers) at a discount. So if like me you have a clumsy teenager who tends to break phones, you can buy a new-to-her phone at a discount.

My review of sending your phone to Gazelle

But back to the $75 for my daughter’s broke iPhone. My next steps were this:

Once Gazelle received and inspected my phone, it would email me to either confirm or revise its offer.

All three times that I sent in a broken iPhone for cash, everything happened really quickly. It was only four days from shipping in my broken phone to receiving the email that Gazelle had checked it out and would be depositing money in my PayPal account.

In one instance, though, I had clicked on the wrong version of iPhone that my daughter’s phone was. So I ended up getting even less for the broken phone. But that wasn’t Gazelle’s fault. It was mine for not following the steps and providing the correct information.

There’s another reason to sell electronics on Gazelle.com. The site is very likely to beat any offer from your wireless carrier.

First of all, Verizon has never offered to give me cash for a broken iPhone. They simply want me to buy new, which I get. That’s their business. But even when it comes to old cell phones, wireless carriers often are not very competitive. I tested this with my other daughter’s iPhone.

I followed the steps on the website to see what the company would give me for that other iPhone. Its offer was a big disappointment–a measly $45. (I paid five times that for the phone.) When I went through the same exercise on Gazelle.com, of checking its value, Gazelle offered me $90 for that same iPhone.

Final thoughts on my Gazelle review

Thanks for reading this Gazelle review. I’m sure you understand now why Gazelle is one of my favorite services for getting cash for an old iPhone or for selling old electronics.

Now as far as my butterfingers daughter is concerned, we have a new agreement about her use and ownership of Smartphones.

First, my daughter must buy her own new phone. I will be recommending that she shop certified pre-owned iPhones from Gazelle.

Second, I’ll also be insisting that she invest in an Otterbox to protect her phone. My Otterbox has saved my own iPhone on many occasions. I’m also an Otterbox fan for its guarantee.

Here is my article on lifetime guarantee products, which includes Otterbox.

In conclusion, if you’ve got old cellphones, Smartphones, computers, tablets or iPods lying around, I would recommend checking out Gazelle.com. Why would you not see about getting cash for your old electronics?

By the way, some portions of this blog post originally appeared on Parade.com. 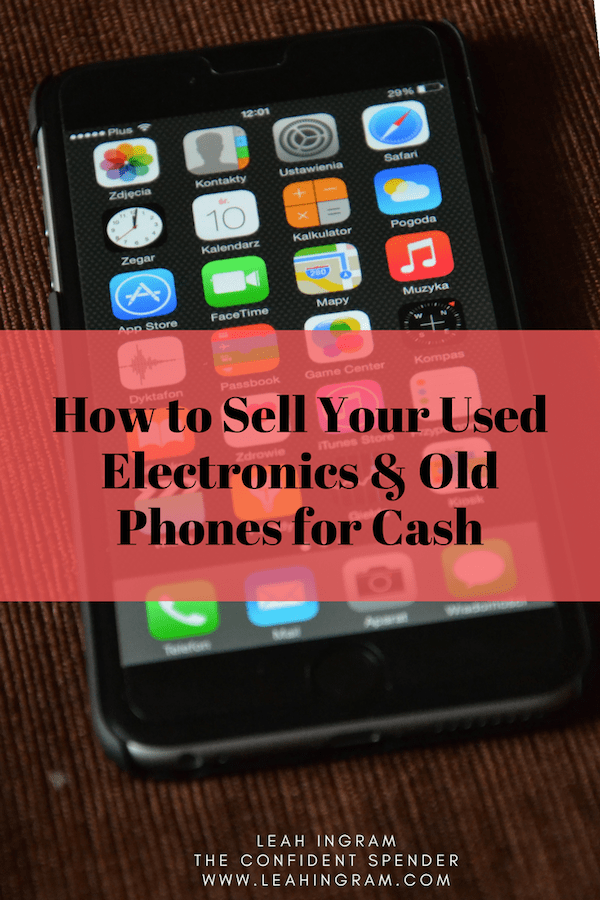